The 2021 Women Offshore Conference will take place virtually, November 5th and 12th. Attendees will receive a virtual program 48-hours before the conference with links to each session and will be able to re-watch the recorded sessions for up to 30 days after the conference.

Below, view the tentative agenda. More details coming soon! All times listed below are in Central Daylight Time (GMT -5) 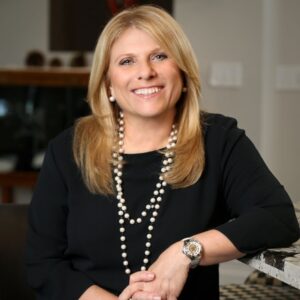 Taking the helm as President and CEO at Celebrity Cruises in 2014, Lisa Lutoff‐Perlo is a recognized trailblazer in the global hospitality industry. She is the driving force behind transforming and re‐defining today’s new luxury cruise experience, with a bold, innovative approach to ship design and service. The line’s newest ships, Celebrity Edge and Celebrity Apex, have been hailed as game‐changing and recognized on TIME Magazine’s annual “One of the World’s Great Places” list.

A purpose‐driven leader, Lutoff‐Perlo has catalyzed cultural progress in the 200‐year‐old cruise industry by appointing the first American female Captain, the first West‐African woman to work on the bridge of a cruise ship and, ultimately, increasing Celebrity’s percentage of women on the bridge to 27%, where the industry average is 2%. She has also established industry‐leading partnerships with the World Wildlife Foundation (WWF), the Ghana Maritime Academy and many others.

Role Models Offshore  Do you have big plans for leadership? Perhaps you see yourself as a captain, chief engineer, or drilling lead offshore. Hear from these panelists who paved the way. Be inspired by their resilience and lessons learned in leadership.

Moms Offshore  Do you have a baby on board or a baby at home? Connect with resilient moms. This panel of working offshore mothers share their experiences on how to balance work with family. Be inspired by their lessons learned in raising a family and progressing their careers.

Sexual Assault and Harassment Prevention Panel Featuring Safer Waves and the SOCP  Join the conversation for taking action to prevent sexual assault and sexual harassment (SASH). Learn from representatives from Safer Waves and Ship Operations Cooperative Program (SOCP) to understand best practices in preventing SASH and maintaining a safe culture for everyone on board.

If you or someone you know experienced a sexual assault or sexual harassment, you are not alone. We encourage you to report such matters to your employer, academy, school, or union as per their guidelines. For example, this may be your HR partner, captain, or designated person ashore. It can be hard to speak up, but it is a necessary step in seeking help and breaking the cycle of sexual assault and sexual harassment. The following is a list of resources to also utilize.

Lactation Offshore: Starting the Conversation with Diana Ormond, Certified Lactation Counselor, Polaris Lactation  While everyone can agree that supporting new parents is crucial to retaining a diverse workforce, it can be hard to find ways to make a tangible impact. All too often, the conversation revolves around extending parental leave – but what about developing incentives and support programs to encourage mothers to return offshore? We will discuss what companies need to know to support mothers, and how mothers can be successful at achieving their lactation goals while at sea. 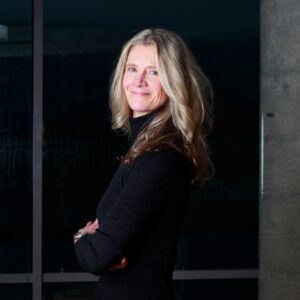 Before being part of establishing Shearwater GeoServices in 2016, Irene Waage Basili held the position as CEO in GC Rieber Shipping for six years. Prior to this Irene was VP of Marine Strategy with PGS, following PGS’ acquisition of Arrow Seismic in 2007 where Irene served as CEO. Irene has more than 25 years of experience from the maritime industry both within offshore service and conventional shipping.

Irene gained her degree in Business Administration from Boston University School of Management, and has several leadership courses from Solstrand programmet (Norway) and IMD (Switzerland).

She serves as Director of the Board for Pacific Basin Ltd. (Hong Kong Stock Exchange)

LGBTQIA+  This panel discussion is a space for mariners who identify as lesbian, gay, bisexual, transgender, queer or questioning, intersex, and asexual and/or ally to network and discuss common issues and challenges with our community. Common issues and challenges include representation and visibility and how to incorporate personal identity into professional or student life. Join this session to support LGBTQIA+ members of our community.

Black Mariners  While conversations around allyship and the experiences Blacks face have come to the forefront over the past year or so, more must be done and the voices of Black mariners should be elevated and heard. On this panel, hear from members of the maritime community as they share their perspectives of being Black and working on the water.

Maritime Startups Panel Discussion   Have you ever thought about starting your own business in the maritime industry? Perhaps you have an idea or vision for a new product. Learn from a panel of female business leaders. Gain inspiration to grow your idea into a business entity. Hear how they started their businesses from the ground up. Walk away with lessons that have shaped how they run their businesses today. 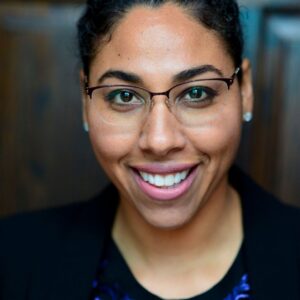 Laila attended the U.S. Merchant Marine Academy (USMMA) in Kings Point, NY, where she graduated with a B.S. in Marine Engineering Systems (major) and Environmental Engineering (minor). She also earned a U.S. Coast Guard Third Assistant Engineers License and an officer commission into the U.S. Navy Reserve, where she still serves as a Lieutenant Commander (O-4). Following graduation from USMMA, she elected to sail across the globe aboard merchant marine ships with the U.S. Navy’s Military Sealift Command, the ocean transportation provider for the U.S. Department of Defense (DoD). As an Engineering Officer, she operated and maintained marine propulsion plants and associated systems, as well as supervised engineering department and technical support personnel work tasking(s).

Since transitioning from sea to shore-side in support of the DOD and the U.S. Department of Transportation (DOT), she has been able to leverage her management, technical and military expertise to advise on matters related to the U.S. maritime industry, Program/Project Management, Strategic Planning, Lean Six Sigma, Acquisition, Contract Administration & Oversight, Vessel Design, Construction & Repair, and Product Lifecycle Management. She has gone on to earn a M.S. in Engineering Management from The George Washington University as well as numerous professional certifications, including Program Manager.

Today, she works for the U.S. Maritime Administration (MARAD) as a Senior Program Manager and leads history in the making. As the first-ever purpose-built ships for training future merchant mariners, the National Security Multi-mission Vessel (NSMV) Program will help to sustain world-class, U.S. maritime training operations at the State Maritime Academies. In addition to being an educational platform, these vessels will be available to support federal government efforts in response to national and international disasters such as hurricanes and earthquakes. In a volunteer capacity, she continues to promote Science, Technology, Engineering, and Math (STEM) careers amongst young adults enrolled at Washington, D.C. high schools and colleges. She remains an active mentor for recent USMMA alumni and is a devoted Executive Committee member of Congresswoman Eleanor H. Norton’s (D-D.C.) Service Academy Selection Board.