Doing Their Part: Sadie O. Horton and the Coastwise Mariners in WWII 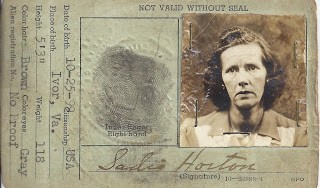 By 1942, during what would later be referred to as the “Second Happy Time”, German U-boats sank more tonnage than the United States could produce. Lurking off the Eastern seaboard, U-boats were a real threat to our ability to ship finished goods and raw material to ports, both foreign and domestic. At a critical juncture in our nation’s maritime livelihood, a group of unsung heroes emerged in an otherwise overlooked outfit: The coast-wise merchant mariners of America. These dedicated individuals (and families as we’ll see in this article) served their country in its hour of need, but history books and movies have not captured their stories. Why is it that a seemingly vital part of the war effort has gone largely unnoticed by historians? In this article, we will discuss the contributions of these mariners and dig into one of the great untold stories in American history— The story of one Sadie O. Horton. 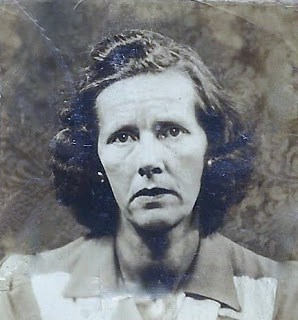 Sailing as a coastwise mariner proved to be challenging and terrifying, as conditions aboard were anything but convenient. Life aboard a coastal barge was hard, to say the least, as crewmembers were often sacrificing the basic comforts afforded to those aboard other marine craft. For example, the typical barge was without electricity and running water and nearly all heat and cooking came from a coal stove. Yet, despite these hardships, the journey was rewarding, for each person took pride in knowing they were doing their part to support the war effort. It was these coastwise tugs and barges that carried critical war material from port to port, fueling the industrial machine that supported the men overseas. And at the heart of these coastwise mariners, one woman and one family stood out above the rest for their efforts in keeping the supply lines open.

During the heart of World War II, a woman from Elizabeth City, North Carolina, after having received word that her son had been lost at sea at the hands of the German U-boats, felt compelled to do something about it. Like many Americans who responded to Roosevelt’s call to action after Pearl Harbor, Sadie O. Horton left her job at the Consolidated Aircraft Facility shortly after hearing her son, William, had been lost in the war. William had been serving on the Tug Menominee when it was believed to have been sunk by U-734 in late March 1942. At the insistence of her husband, she and her children traveled to Williamston, NC, and caught her husband’s barge while it loaded railroad ties. Now aboard, the Horton family found a new home at sea and braved a number of dangers to support the war on the home front. It was these efforts that would later cement Sadie and the Horton family in maritime history. 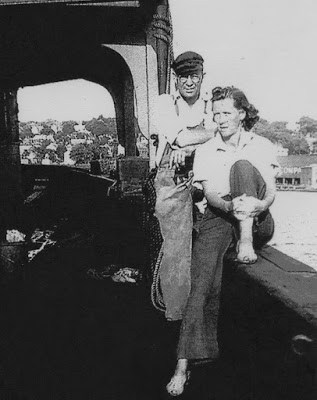 Six of the seven members of the Horton family, including the aforementioned William, Jr. who was killed in action, served aboard old, primitive barges as they traveled up and down the East Coast of the United States [1]. The patriarch, Captain William Horton, Sr., served sixty-one months in the Merchant Marine, while sons Jack (thirty-two months), Don (eighteen months) and daughter Doris (three months) also served their country during World War II. Of particular interest, wife and mother Sadie Horton served a total of three years in the Merchant Marine and made ninety round trips from Hampton Roads, VA, to ports north, as high up as Nova Scotia. Most of these trips were done under the lurking threat of U-boats nearby that could sink the tug and barge at any moment. While on board, Sadie’s duties ranged from handling lines and general deck work, to running the boiler and cooking the food. At times, she was the only one on board for hours on end, as her family had to go ashore to get more supplies. One time, when performing abandon ship drills, the family quickly realized that Sadie couldn’t swim and that she was terrified of water any deeper than her waist. What a time to find out! Through all of this, her son Don later recalled about his mother that it was “A life few would ask for but it was war and she had made a choice and she would honor her choice” [2]. Due to the immeasurable bravery by individuals like Sadie and the entire Horton family, the United States later won the war. By manning the barges and keeping the supply lines open, the coastwise mariners did their part to contribute to what President Roosevelt referred to as the “arsenal of democracy”. 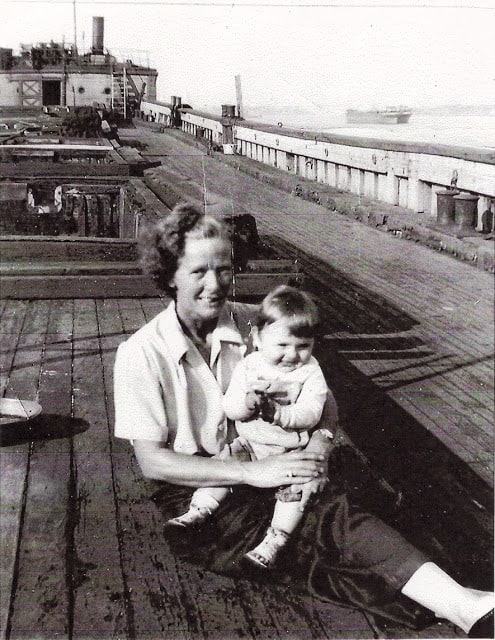 Despite serving her country during World War II, Sadie Horton was not recognized as a veteran until February 2017, and even that was due to the extensive efforts of her son, Don. As a matter of fact, none of the women (including Clara Gordon Main whom we featured in January) who served in the Merchant Marine were ever granted veteran status for their service during the war until recently. In addition to Sadie and thanks to the tireless efforts by Don Horton, daughter Doris was also granted veteran status in May 2018 for her time aboard, culminating in all six of the seven Horton family members being honored for their wartime service. To our knowledge, the Horton family as a whole and Sadie and Doris as individuals hold the distinction of being the only family and the only females to earn veteran status in the history of the United States Merchant Marine. This is a momentous achievement and it’s just too bad that Sadie wasn’t around to see it happen.

At Women Offshore, we wanted to do more than just tell the remarkable story of the Horton family. We want to get the word out to our viewership that Don is still seeking out any individuals or families with ties to coastwise service during World War II. There are way too many women whose sacrifices and service have gone unnoticed and we would like to see them earn veteran status. If you or someone you know served in such a capacity, we would like to hear from you! Leave us a comment below or use the “Contact Us” form on the main page. In addition, if you would like to learn more about the Horton family or coastwise mariners in general, please check out Don Horton’s blog at https://usmmv.blogspot.com.

As always, I want to thank you for reading this month about the Horton family and please check back for our next Early Wavemaker!

[1] The Horton’s eldest daughter was already married and living on her own when the family joined the barge in Williamston.