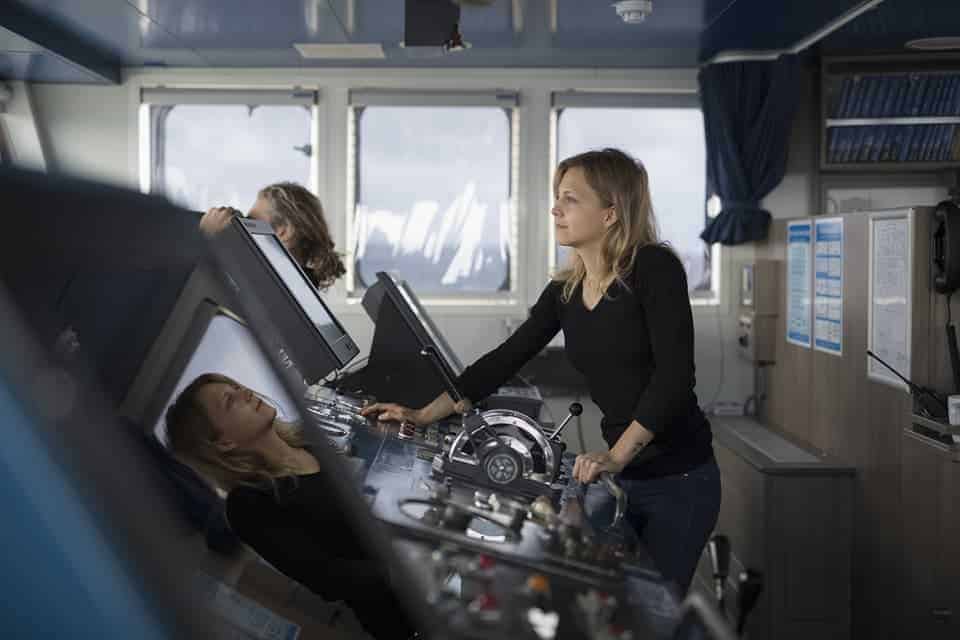 Each year, mates and engineers graduate from maritime academies, and with new licenses in hand, they join vessels to transit the world. Today, Karin Björk shares what it was like navigating a vessel for the first time as a new officer.

Six years ago, Karin Björk from Jakobstad, Finland, stepped onto a navigation bridge at 19:45 to take over the watch for the very first time. She was on board a 90-meter dry bulk carrier that had just departed the port of St Petersburg, Russia.

The captain was at the helm after dropping off a pilot on a small boat and navigating the vessel outside of the port. Ready to navigate, Karin observed the bridge, checking the chart and then the radars. The captain turned to her and provided a quick explanation of the traffic situation. Reminding her to call him if she had any doubts, he entrusted Karin with “the conn” and departed to his cabin.

Karin was then alone in the dark, standing at the helm and observing the radars. A watchman was out on deck completing rounds, checking for anything out of place. Engineers were down below, ensuring the engines ran smoothly. The sky was lit up by the moon, revealing ice beyond the channel. The dry bulk carrier sailed into the Gulf of Finland at 10 knots.

Reminiscing about that first night as a watch officer, Karin laughs, “I heard a strange noise and I couldn’t get my head around what it was. I nearly panicked for a second, then turned on the searchlight. I saw a hatch closing. It must have been the watchman patrolling. I then noticed beside the vessel that a seal was laying on the ice, looking like he was laughing at my reaction.” 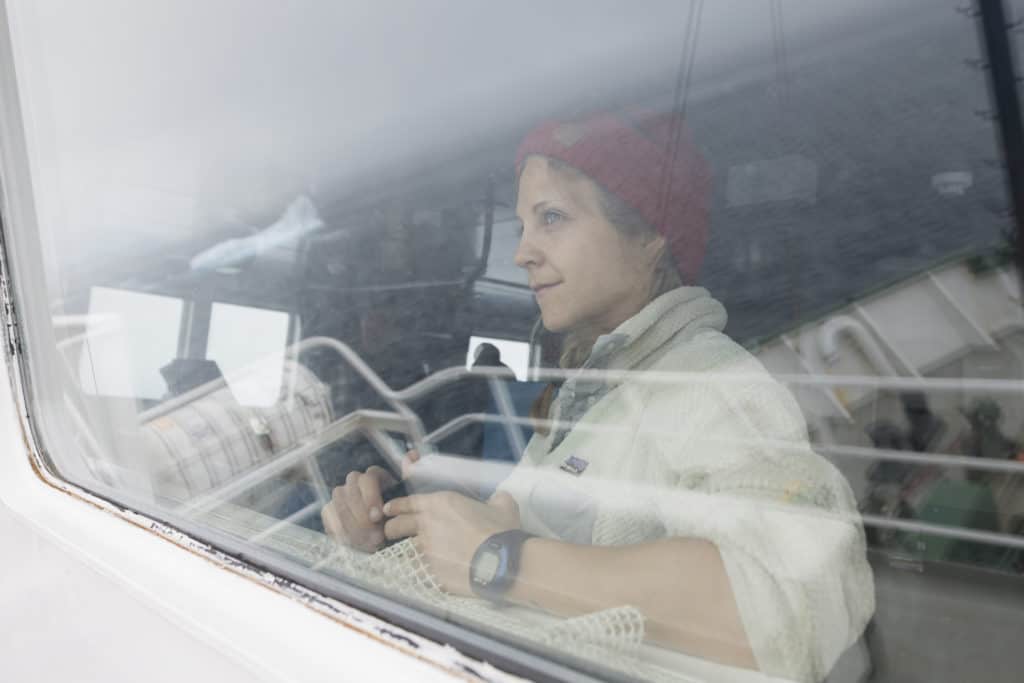 Later in the watch, another loud noise caught her attention. A quick flick of the search light again revealed that the supposed ice-free channel in front of her vessel was now a sea of ice. Karin shares, “I double checked that we surely were on course, and yes everything was as it should…but the only way was through the ice. The vessel ahead of us was much quicker and the ice-free channel it left behind had moved with the current.”

Karin’s dry bulk carrier was built to navigate in polar regions. Classified as an 1A ice class hull, it was able to transit sea ice that is 1-meter thick. The bulk carrier broke through the ice quite easily; Karin was impressed. 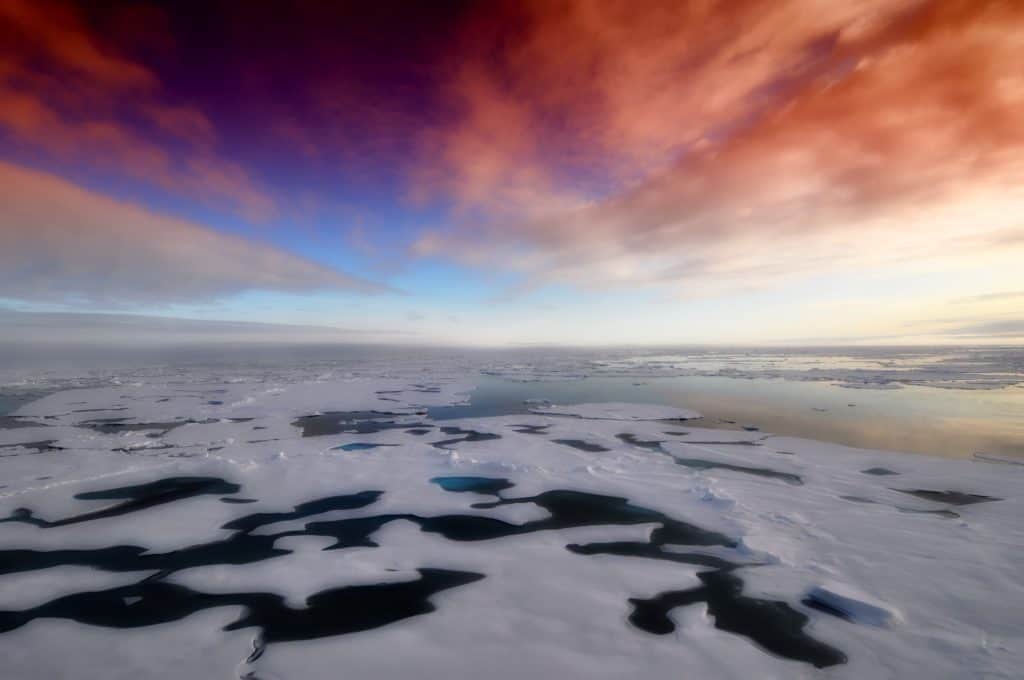 A graduate of Aboa Mare Maritime Academy in Turku, Finland, Karin’s curriculum included courses in ice navigation. Karin learned ship handling techniques to safely navigate through polar waters, as well as best practices in search and rescue operations in cold climates. Last year, Karin took a class to earn an advanced polar code certificate. While simulator and classroom training is helpful, Karin says there is nothing like having real-world experience to rely on.

Since that first night with her license in hand, Karin went on to navigate many ships in remote areas of the world, achieving sea time to upgrade her license to chief mate. She is currently a second mate on a research vessel out of Finland and looks forward to one day achieving the position of captain. As she continues to climb the ranks, she will never forget her first navigation watch, forever grateful for a captain’s trust in her as a new mate.

On a Rising Tide in the US Coast Guard, Karen Kutkiewicz Makes Waves to Antarctica