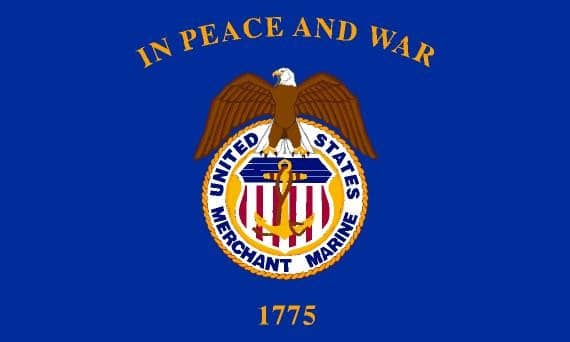 If you’ve read my first three posts, you know by now that I tend to seek out the obscure stories. Not wanting to disappoint the readers, I have chosen to go back to the World War II well of inspiration for this month’s featured mariner. While the story of the Japanese attacking the U.S. Naval Base at Pearl Harbor on December 7, 1941 has become seared into American’s minds over the years, there is another remarkable story from that day that will be the focus of our attention. 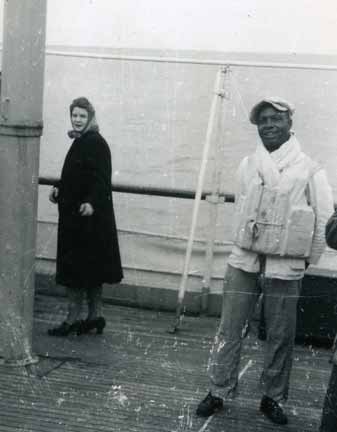 The SS President Harrison, a ship under charter by the U.S. Navy, was underway on December 7th off the coast of China with orders to rescue the 4th Marines when she ran into the Japanese Imperial Navy. Despite knowing that war with Japan was imminent, the ship’s captain, Oriel Pierson, went ahead with his orders to rescue the Marines and was faced with the perilous decision to surrender or make a run for it. Not one for going quietly, Captain Pierson chose the latter and ordered his ship “full ahead” towards the nearest beach.

After she violently slammed onto shore, Captain Pierson took solace in the fact that the ship was now inoperable and thus, would be of no good use to the enemy. It took some time for the Japanese to realize this fact, but when they did, they took the ship’s crew prisoner.

On board the Harrison that day was a 55-year-old stewardess from Middletown, NY, named Clara Gordon Main, who also happened to be the only female crewmember.  As far as we know, the nearly 160 crewmembers, including Clara Gordon Main, were among the first U.S. prisoners of war (POW) during World War II. According to records kept by the de-facto website dedicated to the American Merchant Marine at War, Clara was eventually released in 1943, after spending nearly two years interned in the Chapei Camp near Shanghai. Her captain, Oriel Pierson, was not nearly as fortunate, as he remained in captivity until the war’s end.

Perhaps the most remarkable part of this whole story is not necessarily the fact that the crew of the President Harrison became some of the first American POW’s, but that Clara distinguished herself and saved the life of a fellow crewmember that fateful day.

After her ship was purposely beached to avoid capture, but before the crew’s surrender to the Japanese, Clara had the incredible foresight to grab medical supplies from the ship’s hospital, should an emergency rise.

As fate would have it, Clara’s boss, Chief Steward J.L. McKay, was severely injured trying to escape from the ship when his lifeboat slammed into the ship’s propeller and caused him to break several ribs. Fortunately for McKay, Clara was there to help nurse him back to health over the ensuing six weeks. It was widely believed that if not for Clara’s medical supplies and diligent care, McKay would not have survived.

For these actions, Clara was recognized with the Meritorious Service Medal, which cited “Her calm and courageous attitude, and her skillful nursing” [Ibid] as inspiration to her crew and the entire United States Merchant Marine.

On the same day the Japanese gave the U.S. Navy a huge setback and ultimately forced the country into action, a little-known stewardess named Clara Gordon Main not only became one of the first American POW’s during World War II, but also went above and beyond the call of duty to save the life of her Chief Steward. Her courage in the face of the enemy was reflective of the ideals and gallantry of the entire American Merchant Marine during the war and makes it all the more astounding that Merchant Mariners have never been granted full veteran status and benefits.

In the years since World War II, Merchant Marine veterans and some members of Congress have attempted unsuccessfully to pass legislation granting full benefits to those who served in the maritime service. Unfortunately, many of the World War II veterans have since passed away and this indignation lives on in the eyes of many that want to see a wrong made right.

If you would like to honor the service of those merchant mariners, like Clara Gordon Main, that proudly served their country during WWII and were denied equality, please refer to the link below. I urge you to contact your local members of Congress and tell them of the complete disregard for one of the most valiant services of the war. Tell them the war would not have been won without this most important logistical arm. Most importantly, tell them the story of individuals like Clara Gordon Main.

Thanks for checking in for this month’s story and be sure to check back again for another featured mariner!