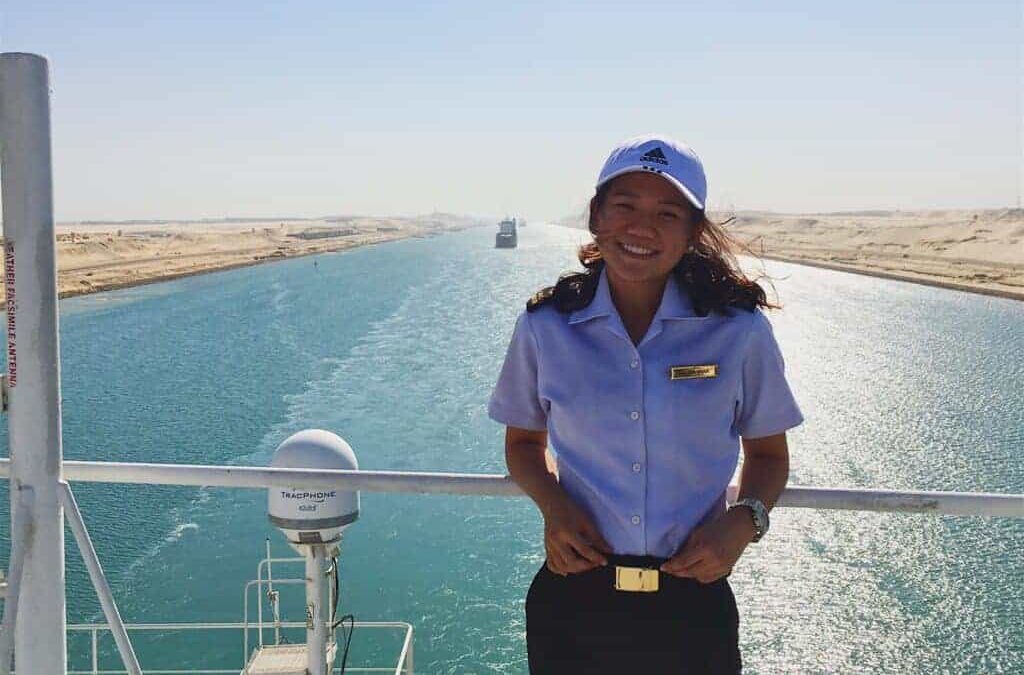 A student at a maritime academy, Deck Cadet Calista Chan, shares with Women Offshore her passion to become a captain.

Meet Calista Chan from Singapore. Calista is enrolled in Singapore Maritime Academy as a deck cadet. She is training to become an officer on board merchant vessels.

Calista’s sense of adventure inspired her to attend a maritime academy. “The adventurous nature of seafaring is what interests me the most. It is an unconventional job that can provide so many unique experiences for an individual.”

She may only have 3 months of experience at sea, but has a profound respect for the job and environment. “Thus far, conquering the Bay of Biscay has been a marked and highly memorable experience for me! The seas were choppy and we were rolling heavily. Nevertheless, it was a great first experience for me as a deck cadet.” 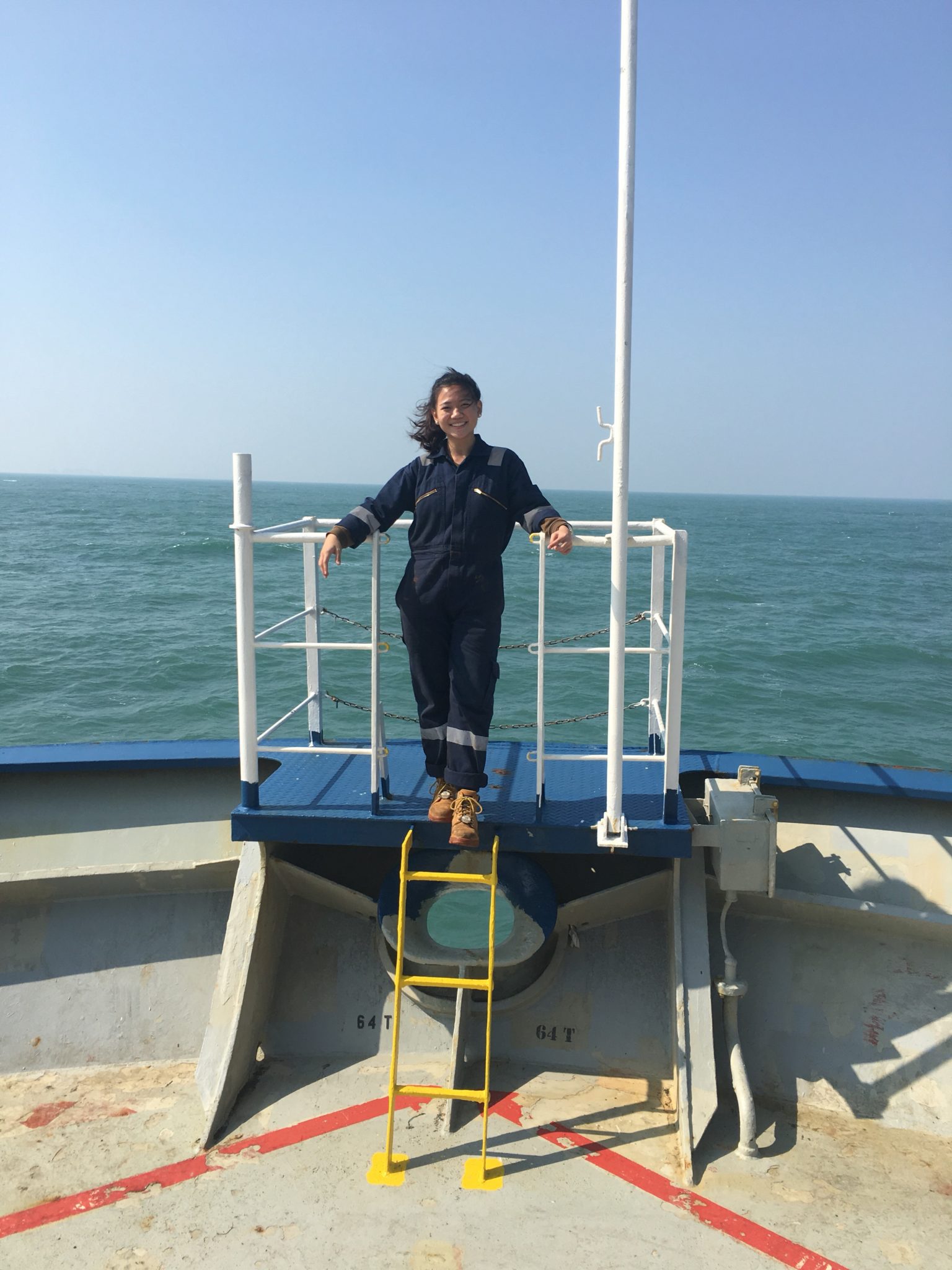 Deck Cadet Calista is motivated to work on the water long-term and recognizes that it won’t be an easy road. “There are many sacrifices to be made, such as sacrificing time with family, including other pursuits and interests, as the contracts are for long periods at sea.” However, Calista also knows the sacrifices will be worth it and strives to be captain one day.

She believes in telling one’s story and that more women would pursue more careers on the water if they knew about the many women who are already at sea. “I think that women should know that they are capable of attaining and succeeding in such careers and to personally encourage more women to pursue them.”

Deck Cadet Calista inspires us here at Women Offshore; her energy is invigorating! Cadets, such as Calista, are the future of shipping. We look forward to following her career and seeing her become a captain one day!