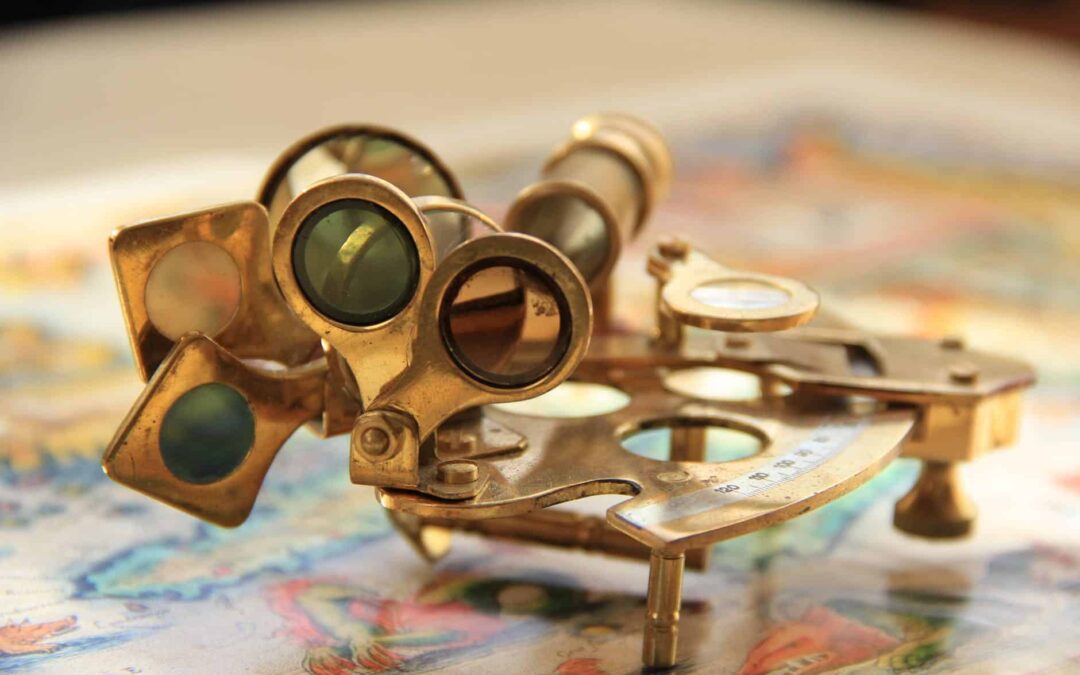 Using the latest scientific data and navigation techniques that most others ignored, Eleanor Creesy broke records on board the Flying Cloud during the Gold Rush.

In the 1850’s, American women did not have the rights that they have today; no rights to property, wages or even their children at times. Women could not vote until 1920. Thus, making Eleanor Creesy a rare lady in history. She was not only the Captain’s wife, but also the official Navigator of America’s most famous and fastest clipper ship, the Flying Cloud. This was at a time when navigation was primitive, partly experimental and relied solely on the sun, stars, currents and a sextant.

Eleanor served under her husband, Captain Josiah Perkins Creesy. She was the official navigator on the vessels he commanded. She was 36 years old when her husband took delivery of the Flying Cloud. Shipping from New York City to San Francisco was booming. Cargo, passengers, and supplies needed to get to the West as quickly as possible. The voyage was 16,000 nautical miles in some of the most perilous seas, including the voyage around Cape Horn. Calling it a “voyage” was the technical term, but in reality, it was a race against time, money and other vessels.

“”If great length [235 ft.], sharpness of ends, with proportionate breadth [41 ft.] and depth, conduce to speed, the Flying Cloud must be uncommonly swift, for in all these she is great.” – Duncan McLean, The Boston Daily Atlas, April 25, 1851.

Most women’s roles at sea at the time were of a motherly sort. They were there to support their husband’s who were mostly officers or captains. Many women acted as the ship’s nurse and tended to the sick or injured. Not Eleanor. 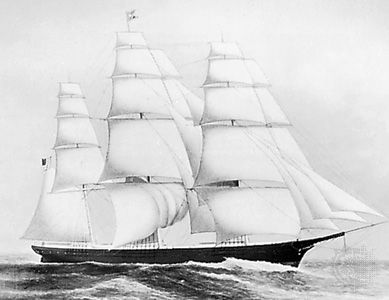 Eleanor’s position as the ship’s navigator was not only official, but it was also well known and respected by most. She was not without instances of insubordination, which was said to have been handled with a grace only a woman could portray. She also entertained, cared for the sick and added her charisma to the general daily life aboard the vessels. Her husband, whom she called Perkins, was first and foremost the captain. Family came second. The pair were as much a successful bridge team as they were a loving husband and wife.

Captain Creesy and Eleanor delivered the Flying Cloud from Boston to New York City via the outer passage of Long Island, avoiding the treacherous Hell Gate at the entrance to New York from the East. With a ship full of crew, cargo, passengers and even livestock, they sailed from New York in May 1851 bound for San Francisco, California.

Eleanor prepared for her many voyages by consulting the latest and most innovative publications. She was a forward thinker, practicing many navigational techniques, some of which were just theory at the time. One publication in particular aided her on the maiden voyage of the Flying Cloud,  Matthew Fontaine Maury‘s detailed Sailing Directions.  His studies concluded that at near perfect conditions and speed, that the ships of the day could sail from NYC to San Francisco in 85 days. He then basically added that it was nearly impossible to do so.

In 1851, the Flying Cloud sailed from New York City to San Francisco in 89 days 21 hours. Four days short of speed that Maury deemed near impossible. If it weren’t for an accident involving the mast, they could have arrived days earlier.  Years later, in 1854, Eleanor, Captain Creesy and the Flying Cloud broke their own record by 13 hours.

“Her accomplishments showed that even in the male-dominated arena of the Merchant Marine, a lady with wit and courage could leave a standing mark on history and outdo all the best men who picked up a sextant.”  – David W Shaw, Flying Cloud

An unlikely mariner during her time, Eleanor Creesy was a navigator. She lived over 150 years ago during the Gold Rush Era in the United States and remains an example of bravery, proving that records are made to be broken.

Be A San Francisco Bar Pilot!

Listen to the Podcast!