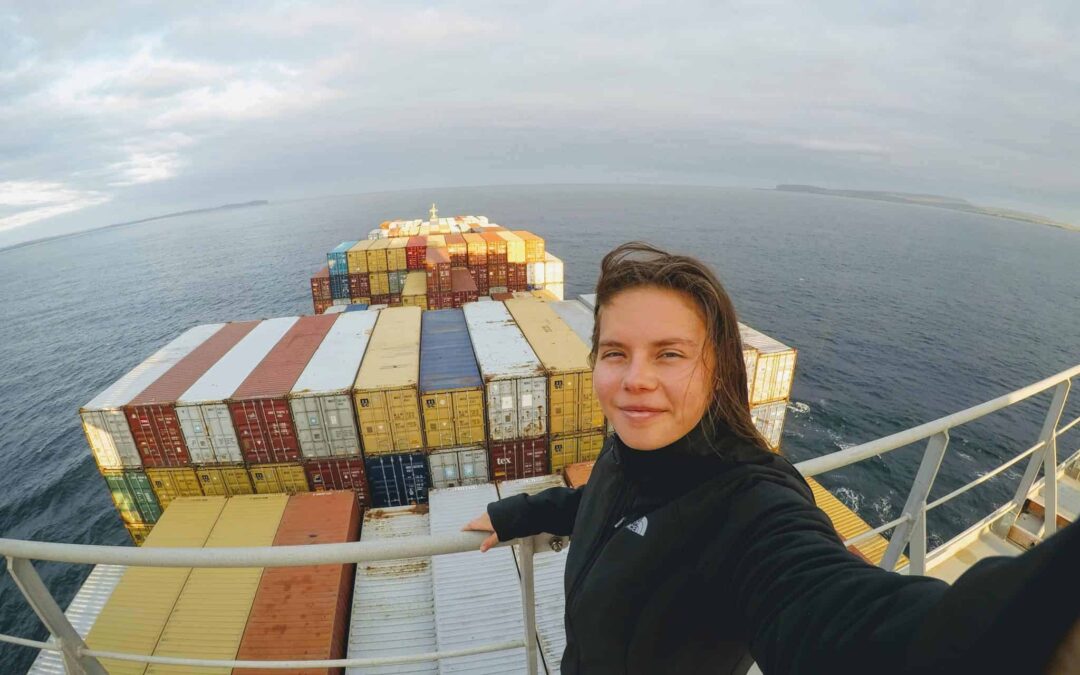 Meet Third Officer Madeleine Wolczko, from Vashon Island, WA.  An alumna of the California Maritime Academy with a B.Sc. in Marine Transportation, minoring in Law, she currently holds an Unlimited Third Mate License.

Women Offshore caught up with Madeleine to see how her career has progressed over the last two and a half years she’s been working on the water.  Madeleine was a bit difficult to get a hold of as she is currently, out on the open water of the Mariana Islands of the South Pacific Ocean!  We tracked her down to ask her a few questions – here’s what she divulged:

Madeleine, could you briefly describe what your duties are in your current job?

“A typical set of duties include standing a navigational watch (or anchor/port watch), filling the role of safety officer aboard the vessel and standing cargo watch when vessel is loading or discharging cargo.” 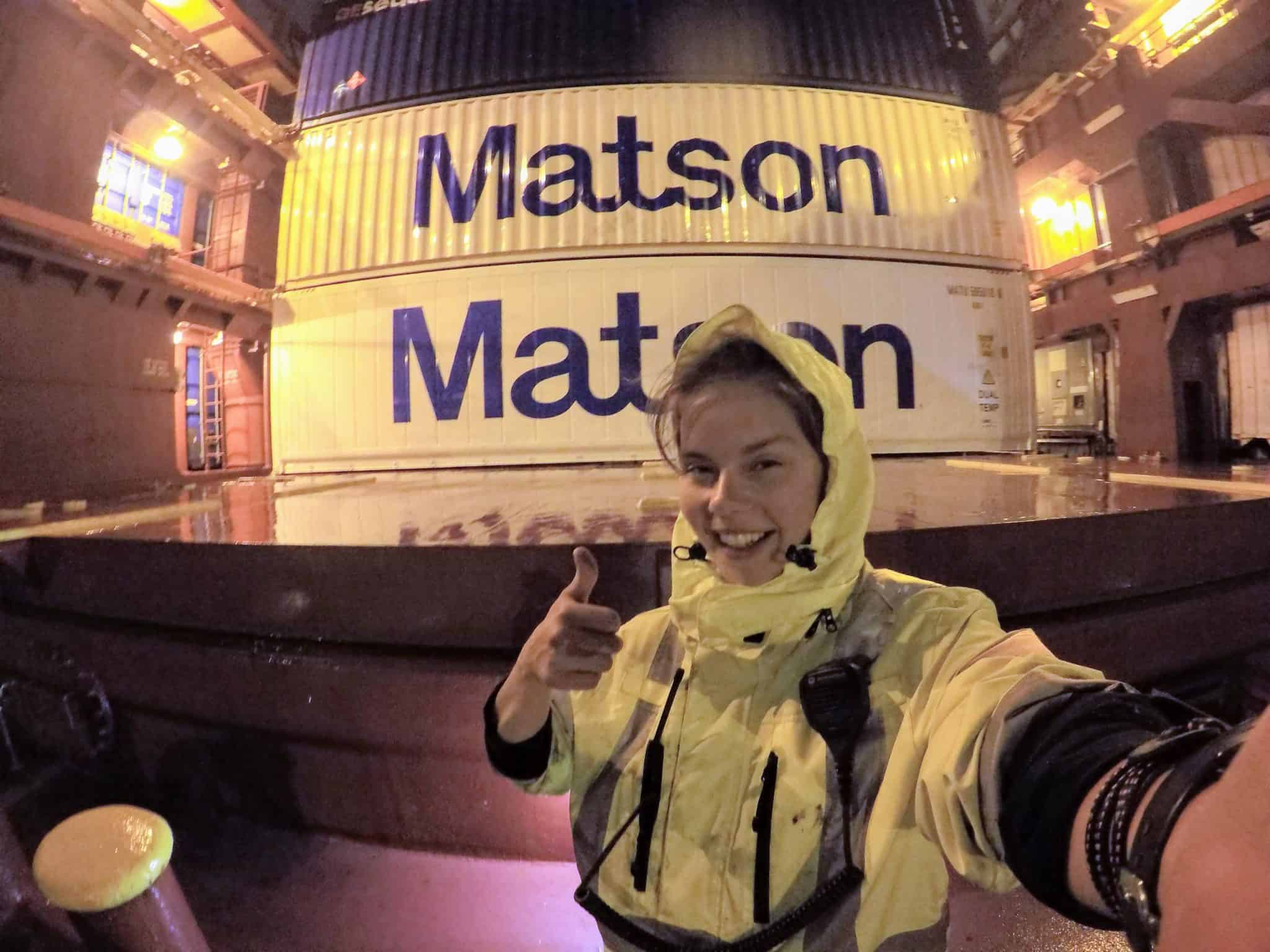 Which part of the world do you work in?

“Well, I am currently, somewhere between Saipan/Guam and Korea!”

Have you held any other positions, prior to this post?

“I was also third mate on container ships transiting a number of waterways and routing; Washington State to Alaska, U.S. East Coast to Northern Europe, as well as routing from California to Hawaii, ending up in China.  Lastly, I have held the position of third mate on government contract vessels in Diego Garcia (an atoll just south of the equator in the central Indian Ocean) and Saipan.”

What inspired you to work on the water?

“I grew up on a ketch-rigged, Force 50 sailboat with my parents and two brothers.  Out of the 8 years we lived on the boat, we went on a 16-month, round-trip voyage from Washington State through the South Pacific to New Zealand.  This made a great impact on me growing up – I knew I wanted to work on the ocean as a career.” 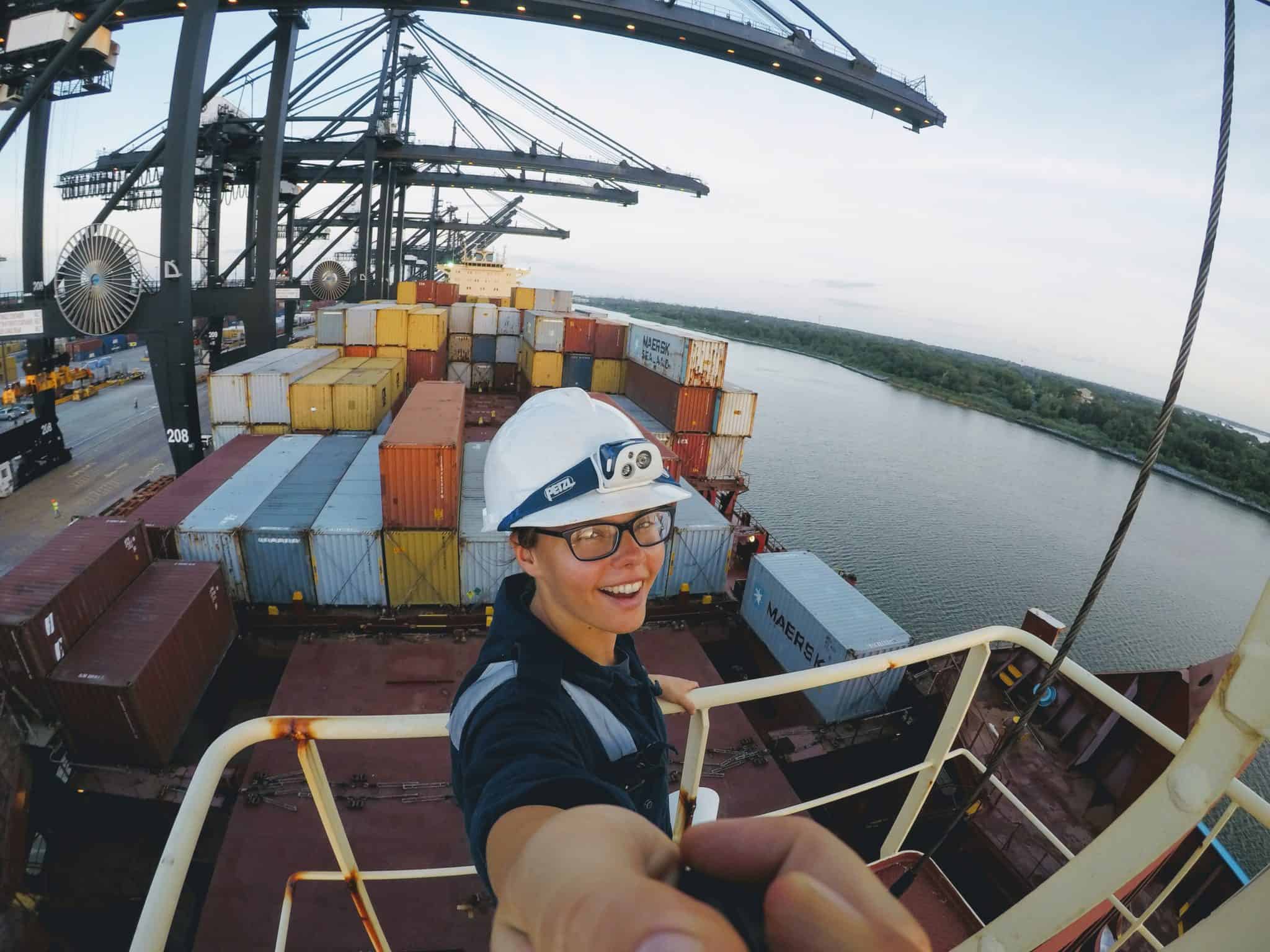 What motivates you to continue working on the water, if it’s a long-term career for you?

“When I’m working, I feel productive and I know I’m doing something to better myself all the time.  I’m always learning [the ins and outs of] new ships and adapting to new people.  It’s a whirlwind of a life but it makes me a more resilient and capable person.”

“More women engaging in things like this interview, as well as making it known that we’re out here and we’re not alone! I feel a lot of support and camaraderie from my shipmates, both male and female.”