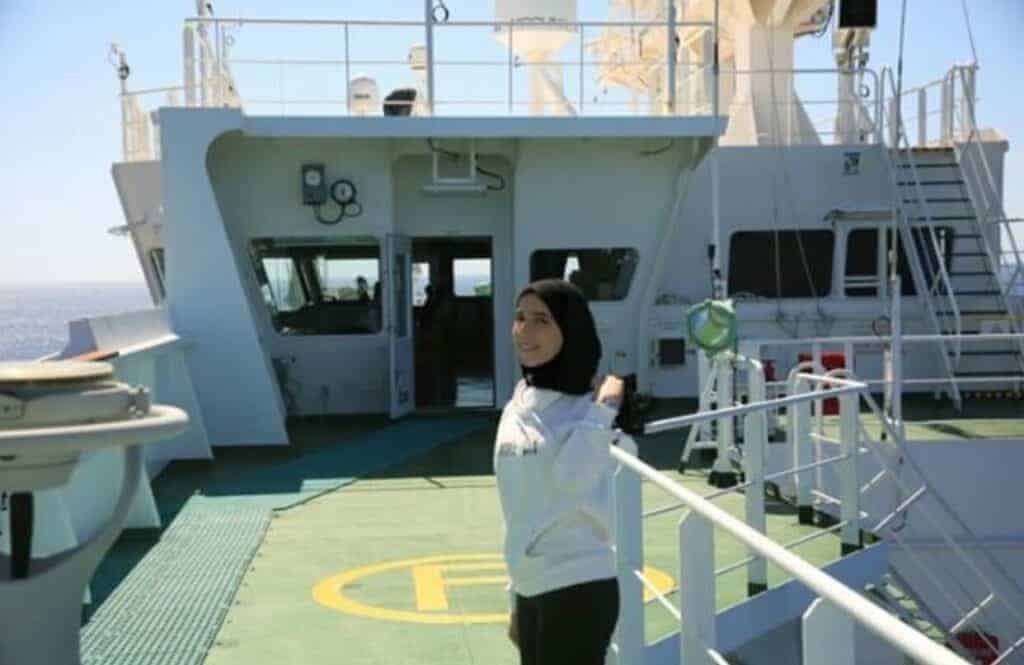 Destined for adventure and travel, Sara Belboukhari from Morocco became an officer on a containership. Below, she shares with Women Offshore, a glimpse of her life since graduating last year and how she is known as the “iron hand in a velvet glove.”

Meet Sara Belboukhari from Marrakesh, Morocco. Sara was drawn to the Higher Institute of Maritime Study in Casablanca to travel and view cultures around the world. Since graduating in 2017, she has worked as a third officer (mate) on a container ship.

As a third mate, Sara is the Safety Officer, in charge of safety equipment and their subsequent inspections. Safety equipment on merchant ships can include lifeboats, life rafts, fire hoses, and fire extinguishers. Sara also navigates from the bridge of the ship, standing what’s called a navigational watch.

During port calls, Sara manages cargo operations, overseeing containers coming on and off the vessel, and ensuring that everything is properly secured. She also leads a mooring station tasked for the tying up and letting go of her ship’s mooring lines.

For Sara, her first year, post-graduation, has been thrilling as she is living her dream of traveling the world on a ship.  Sara notes that she has especially enjoyed navigating her ship to the Port of Barcelona, Spain – one of the fastest growing ports in the whole of Europe. 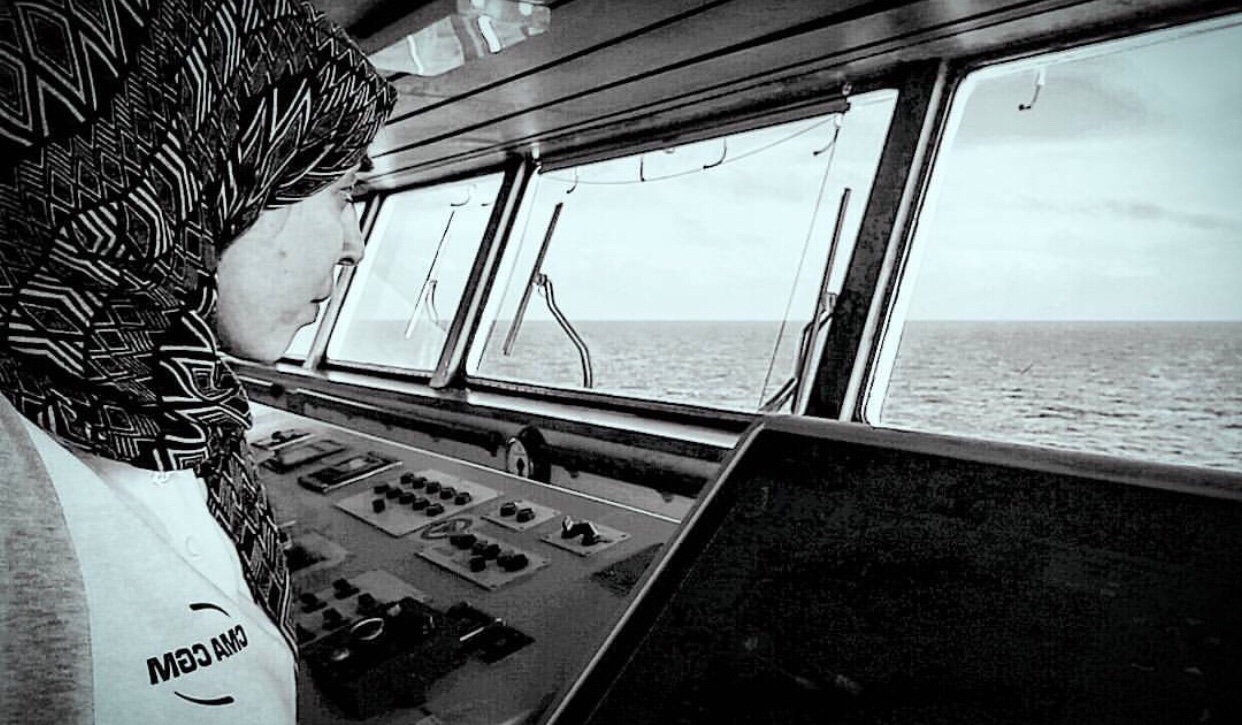 It is reported that women only make up 2% of the maritime industry.  Nevertheless (and not surprisingly), Sara recounts that she has been one of the only women on the ships she has worked on and enjoys the camaraderie she has found on board. Sara works hard to establish herself as a savvy and able crew member. Having once worked with a captain who told her that while she was a kind person, he knew she was a very determined and strong individual, dubbing her “an iron hand in a velvet glove.”  (Not a bad compliment and testament to her strength of character!)

Maritime pilots are the pinnacle of the industry’s career ladder. They are experts at a port of call, spending years training to navigate ships in and out, with accurate knowledge of weather, tides, and currents. As a young mate, Sara aspires to spend her career at sea to one day, attain that coveted pinnacle.

Women Offshore, wishes you the best of luck, Sara! We look forward to addressing you as ‘Captain Sara’ and writing about you again when you’re a ship’s pilot.