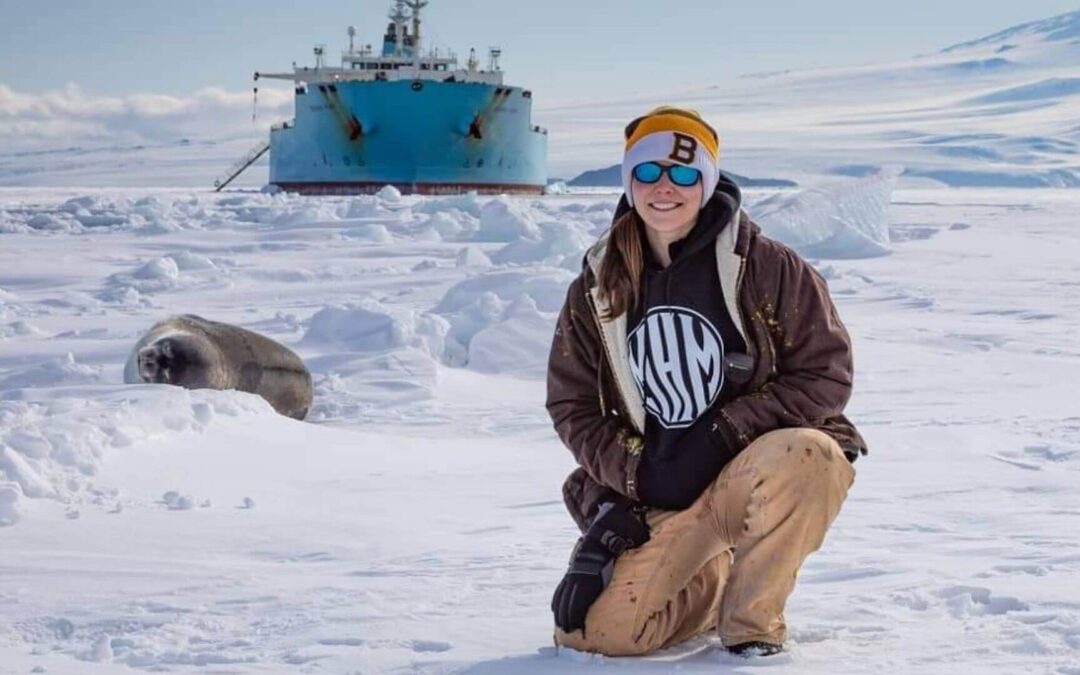 A career at sea can be challenging and isolating at times, but it can also lead to adventure and opportunity as one mariner, Laura McCormack has discovered.

Laura was born in Cambridge, Massachusetts and attended Massachusetts Maritime Academy. After graduation she explored a few different jobs on the water, eventually she was selected for a junior pilot program with the American Steamship Company and completed her required trips and USCG exams to become a pilot.

For four years Laura sailed aboard bulk carriers on the Great Lakes but she longed for something more. “I decided I needed a change, I wanted to see the world because I knew I wouldn’t be sailing forever.” Without the endorsements and with no deep-sea tanker experience, Laura turned to her union. Conveniently, her union provided a program that had her on her way in no time at all.

Laura currently works aboard the M/T Maersk Peary as second mate. Her ship has two truly unique missions. Every other year the ship completes Operation Pacer Goose, which brings cargo to Thule, Greenland and then Operation Deep Freeze which brings cargo to McMurdo Station, Antarctica. Antarctica and Greenland are “two places on the planet that I never thought I would ever visit,” said Laura. She described Antarctica with inspired reverence, “Antarctica is truly magical. It is so untouched and peaceful. The wildlife and beauty of it all is breathtaking.” 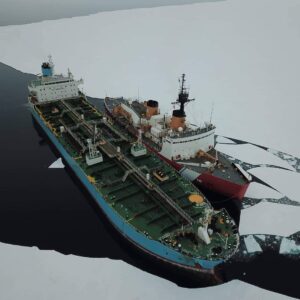 While aboard the Peary, Laura’s crew has crossed the Arctic Circle, the Equator, and the Antarctic circle numerous times. Maritime work comes with an assortment of traditions based around such crossings. Laura recounted a time when she and her Chief Mate, Michele Laycock, were determined to put together a ceremony to commemorate one of their vessels’ crossings. “We made all of our props from random things we had onboard from old charts and manilla line to tin foil and old sheets. We had an absolute blast crafting the props and the entire ceremony. The best part was the entire crew really got into it and made it super memorable.”

While recounting her travels to the frozen continent, she also pointed out she has a bucket-list destination she would like to visit someday; Japan is at the top of that list. Her visit to Japan would mark her 6th continent, with only Africa remaining which, admittedly, she has seen from the Straits of Gibraltar and the Suez Canal but has yet to step foot on the continent. 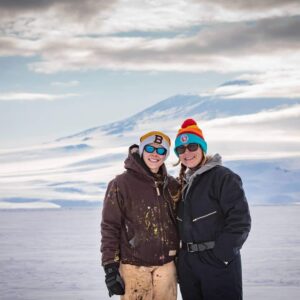 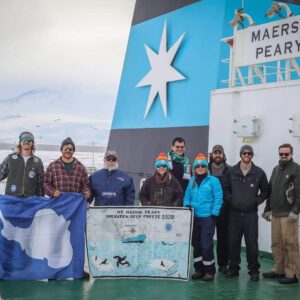 Growing up, Laura had limited experience traveling but now her ship regularly visits multiple continents; making her quite the globe-trotter. “I never traveled outside of the U.S. by plane until I started working on the Peary,” she recounts. When asked what she enjoyed about the travel aspect of her role aboard she said, “[learning about] other cultures is fascinating to me. I feel so lucky to be in this career.”

You might think that all this wanderlust carries over to her free time, but as those in the industry know, a maritime career can mean long periods away from home and away from loved ones. On her days off Laura enjoys quality time with her family. “I like to be home to spend time with my husband and family. I am gone so much whether it’s on the ship or in class that I would rather spend what little time I do have with them.”

Laura knows someday her time at sea may end but she says her maritime experiences have been “life-changing” so far. Until the time she hangs up her sailing hat you can find her traversing the frozen seas of the globe delivering much-needed supplies to remote shores or spending quality time with her husband and dog back in her current state of New Hampshire.

I worked offshore from 2014 to 2020. I passionately support the careers of women working on the water. I hold the position of VP at Women Offshore.