Tribute to the Founder of Foss Maritime, Thea Foss 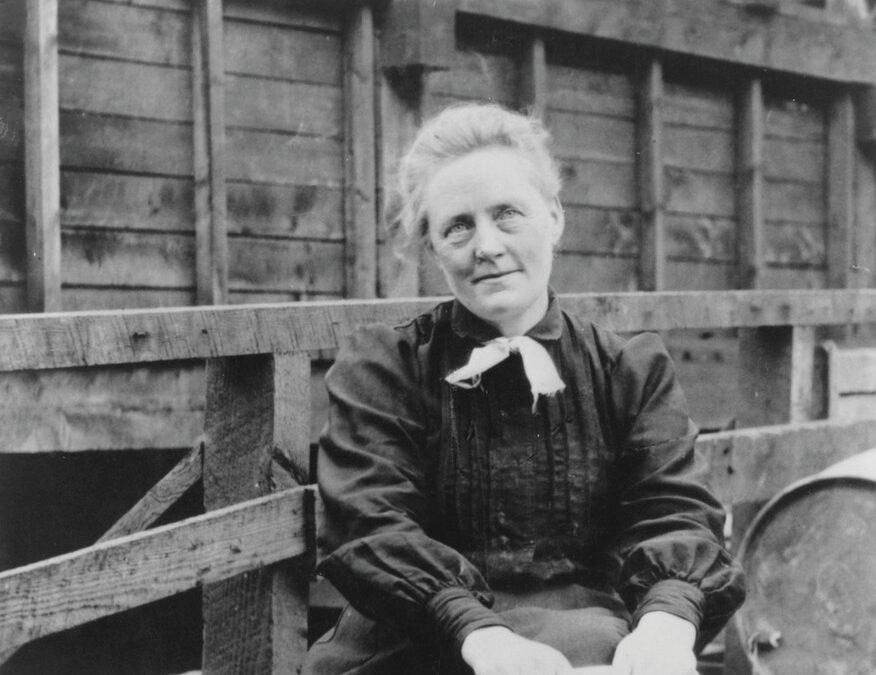 My husband and I were recently out for a celebratory dinner with some friends. We were talking about the books we enjoy reading. It seemed historical fiction and non-fiction were favorite genres around the table. I mentioned that I enjoy reading about women who have made an impact. Our friend Glenn began sharing the founding story of Foss Tug.

Of course, my ears perked up when he mentioned Foss. I worked for a container company on Elliott Bay in Seattle, WA for many years and being on the Women Offshore Foundation board, I am always looking for little connections to the maritime world. While working on the bay, it was fun to watch the tugboats escort container ships and tractor tugs do their maneuvers and once I even got the opportunity to tour a tractor tugboat. I invited a group of friends for a Christmas party on the retired Chris Foss, now known as Thea Belle, and berthed in Port Orchard, WA.

But back to our dinner discussion – Glenn said, “You know who started Foss Tug, don’t you? It was Thea Foss. She bought a rowboat and later on, Foss bought my grandfather’s towboat. Look it up on the internet.” And so, as soon as I returned home that is exactly what I did.

Sure enough, Foss Maritime was started by a woman named Thea Foss in 1889 on an inlet in Commencement Bay in Tacoma, WA. Thea and her husband Andrew, a carpenter, lived there on a houseboat. Thea wanted to help with finances, so she bought a used rowboat. She painted it white with green trim and then sold it for a profit which she used to buy more boats. Those boats were rented to fishermen and duck hunters; they ferried customers and delivered supplies.

Over time there were 200 boats in the fleet. The business was now called Foss Launch and Tug Company and had expanded into transporting logs with towboats. By 1904 the company had ten launches, a shipyard, a 60-passenger oil-powered boat, and a small rescue craft. Later, Foss purchased an interest in the Seattle-based towboat company, Rouse Towing Company, owned by my friend Glenn’s grandfather, and in 1920 the Rouse family sold their company to Foss.

In 1945 Foss adopted a new naming policy for their vessels. Descendants of Thea Foss have (or will have) a tug boat named after them. This policy continues today even though the Foss family is no longer directly involved in the business. The towboat, Rouse, was rechristened as Wallace Foss; Wallace was the grandnephew of Thea Foss. The Wallace Foss was built in 1897 in Tacoma for the Klondike Rush and was last known to be in Newport, Rhode Island, owned by a private owner.

Here are some fun facts about Thea, who was born Thea Christiansen in 1857 in Norway. She was a mother of 5 children – 3 boys and 2 girls. Her husband’s Norwegian name was Andreas Oleson and eventually changed to Andrew Foss when he came to America. Thea was 32 years old when she bought & sold her first boat. At that time in 1889, when Washington became a state, the constitutional amendment granting women the right to vote was defeated. Thea did not especially enjoy being on the water, but her business skills propelled her business and thrived with the help of her husband’s carpentry skills. She died the day before her 70th birthday in 1927. The community so well revered Thea that one of the biggest funerals ever seen in Tacoma was held when she passed. The green & white colors she painted her first rowboat continue to be the signature colors of Foss tugs even though Saltchuk Resources purchased Foss Maritime in 1987. And the inlet where Foss Maritime first started was named the Thea Foss Waterway in 1990 as a tribute to this pioneering entrepreneur.

Thea Foss left behind quite the legacy that all began with determination, a rowboat, and some good paint. Thank you, Thea Foss!

About The Author: Martha Music

Martha Music is passionate about supporting women who work on the water and an avid boater. She is an experienced treasurer for nonprofits, and serves as the treasurer of the Women Offshore Foundation.

Growing up in a Maritime Family