What I learned from the 2022 Women Offshore Conference 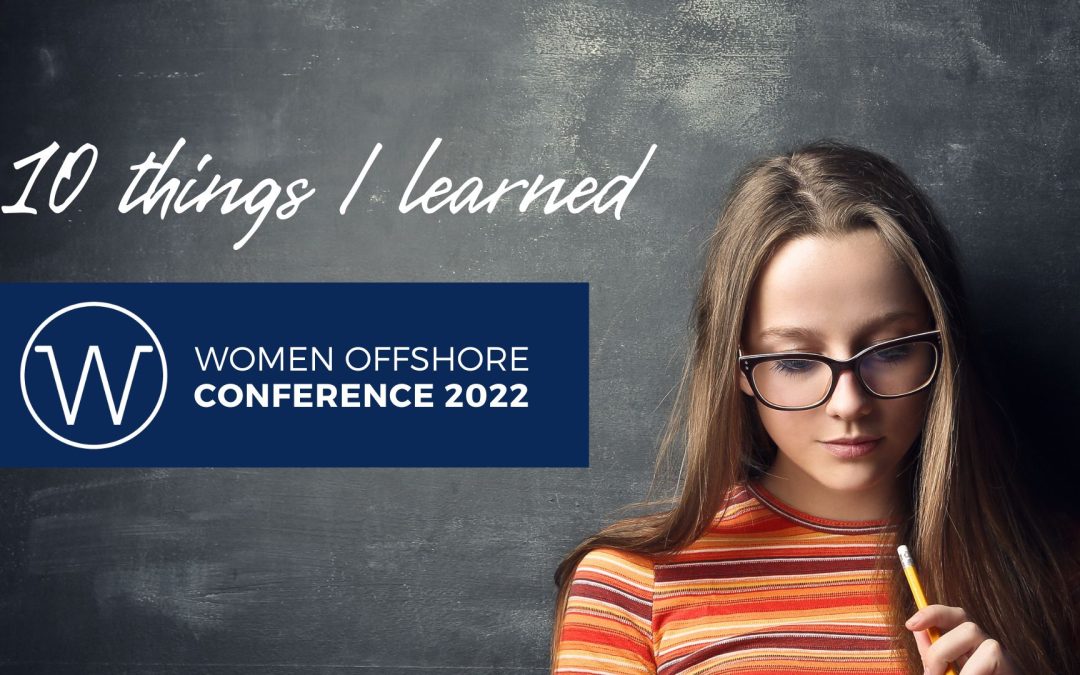 I thoroughly enjoyed this year’s conference and came away, first and foremost, with the overwhelming impression that those who attended are remarkably dedicated workers and strong representatives of their respective communities. They are true assets to the industry and potential change agents for the better.

There were many takeaways from all the sessions, but I narrowed my focus to TEN THINGS I LEARNED from this year’s conference:

Finally, one of my favorite quotes came from this year’s winner of the Wavemaker Award, Captain Jeane Ferrer.

“You have the power to make waves. The climb is one rung at a time.” – Captain Jeane Ferrer.

About The Author: Mauri Shuler

Mauri Moore Shuler is a freelance writer based in Seattle and Mexico with generations of history in the maritime industry. She worked in broadcast news, as a reporter, producer, editor, and manager. Her career spanned the globe, from California to China and the Philippines, from Israel to Argentina, and points in between. She was NBC Bureau Chief in Tel Aviv, Israel, during the first Intifada and arranged the first live broadcast from the Old City in Jerusalem. Mauri covered the wars of Central America during the ’80s, the revolution in the Philippines, dictatorships, and uprisings in South America, and, finally, the Persian Gulf War in 1991 and the Oklahoma City explosion. She was nominated for a national Emmy Award for her Middle East work and received two regional Emmys for television news production. She is currently semi-retired, writing articles centering around the maritime industry and life.

What I learned on Day 1, Women Offshore Conference

What I Learned on Day 2, Women Offshore Conference

SAVE THE DATE! 2020 Women in Maritime Leadership Conference!