Beneath the Waves: The World’s First Female Submarine Captain 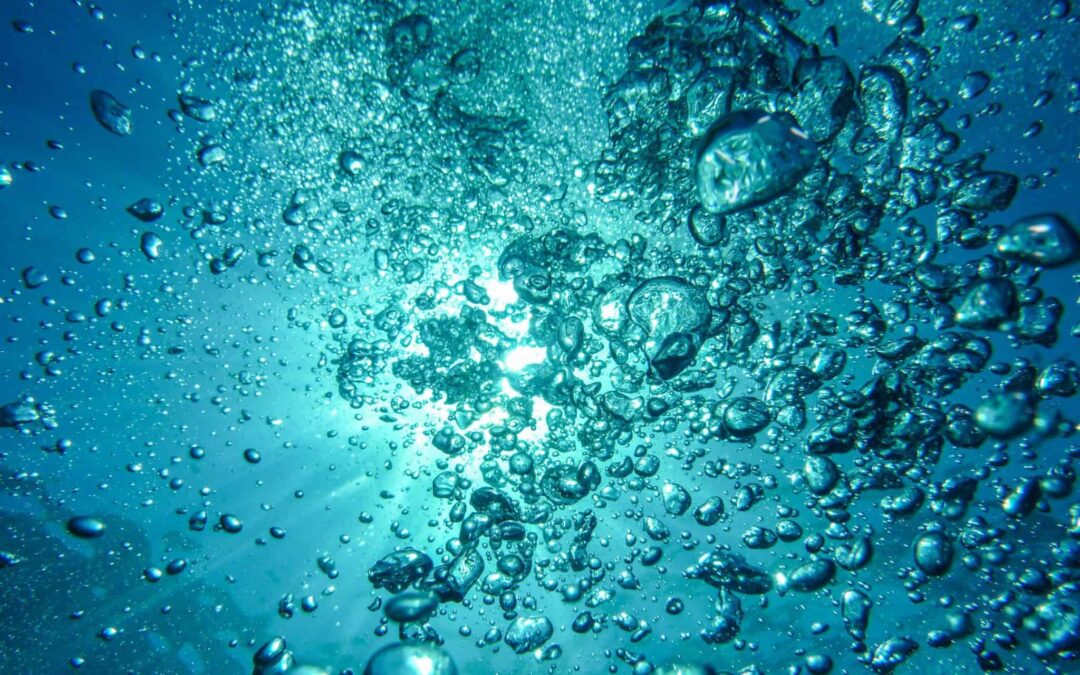 Norway, a NATO-member nation bordering Russia, has had a very important geostrategic role, since the onset of the Cold War, with the Soviet Union in the late 1940s. In virtually every conventional World War III–scenario of the 1950s through the 1990s, it was assumed that the Soviets would launch a two-pronged assault against NATO: A main attack into West Germany, with a flanking maneuver from the Russian Arctic into northern Norway. Any Soviet attack on Norway would have included amphibious operations along the latter’s long, fjord-indented coastline. Keenly aware of this threat, Norway – while perhaps better known for its large merchant marine – has traditionally, also maintained a strong coastal defense force centered on missile-armed patrol boats and conventional (i.e. diesel-electric powered) submarines. 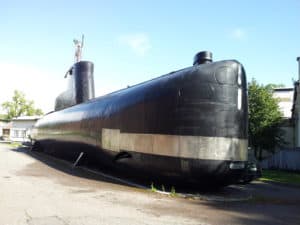 The Kobben-class submarine KNM Utstein, on display at the Navy Museum in Horten, Norway. Her class namesake was Krey’s first command. These submarines formed the backbone of Norway’s coastal defense during the Cold War. Photo by Tormod Engvig.

None of this should come as much of a surprise, but in September 1995, Captain Solveig Krey of the Royal Norwegian Navy became a trailblazer when she assumed command of the 485-ton, 24-man KNM Kobben (seal) as the world’s first female submarine skipper. She later went on to command another, larger boat, the 1,150-ton KNM Uredd (fearless).

Born in 1963, Krey is from Lonkan in Northern Norway. She has continued her impressive career in the Norwegian Navy, and in 2012 became commander in chief of the submarine fleet – no doubt, another first for women. At the time of this writing, Krey serves as head of the Planning Section of the Norwegian Armed Forces Operational Headquarters. 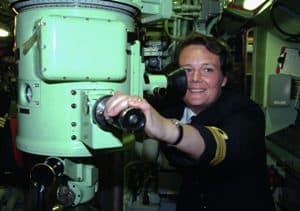 The Scandinavian countries were early and active proponents of gender equality at sea. The Royal Norwegian Navy was the world’s first to allow women to serve aboard their submarines in 1985, at the height of the Cold War and ten years before Solveig Krey assumed command of KNM Kobben. Norway’s Scandinavian neighbors, Denmark and Sweden, began allowing women submariners in 1988 and 1989, respectively. While it is true that small, conventional submarines are quite different than the US Navy’s larger nuclear powered boats – Norwegian submarines perform shorter deployments. For example,  many of the arguments perpetuated in the United States against women serving on submarines appear to be solidly refuted by the adaptability and performance of women like Solveig Krey of the Norwegian Navy.

Current geopolitical trends vis-à-vis Russia and the West suggest that NATO as an organization, as well as its naval defense doctrine, is still relevant. Whether upon the sea or below it, these are roles for which women have shown that they are eminently suited. To this author, there is really nothing to seriously suggest that women can not do a first-rate job in any position, on any ship (military or civilian), of any size. 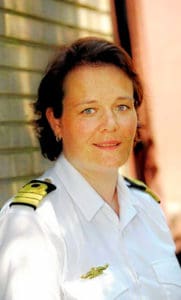 An interesting article by a Canadian naval officer on some of the perceived challenges of gender equality on submarines, is found HERE.

For more information about the Norwegian Navy Museum, where, among other things, you can visit the Kobben-class submarine pictured above, please visit the Forsvaret’s Website.

About The Author: Tormod Engvig

Tormod B. Engvig graduated from the U.S. Merchant Marine Academy in 2005, and obtained a master’s degree in history from American Military University in 2016. He is a published author and has lectured on naval and maritime history. In his day job, Tormod is a maritime officer on seismic research vessels, where he works six-week rotations. Before moving to the offshore oil industry, he worked on expedition ships, where he spent time exploring the high Arctic and Antarctica. He resides in the Los Angeles area with his wife, Kristen, their twin boys Finn and Sawyer, and three cats.