Worst Mistake of My Career 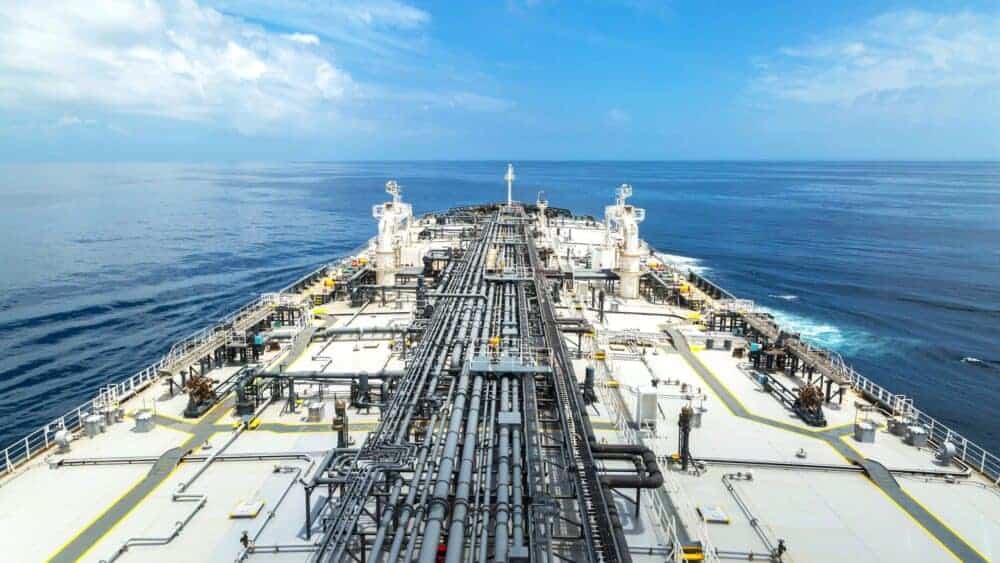 Let’s talk about failure. Can you remember a time in your life when you totally, utterly, completely screwed up?

I am often asked why I switched from sailing on oil tankers to research vessels. The roundabout answer is that I was unhappy.  The simple answer is that I made a huge mistake that led me to rethink everything in my career.

However, as someone far smarter than me once said: “to err is to be human”. Even though I am still scared to tell the story below for fear of judgement, I think it is important to remind everyone of these simple facts: to fail is to be human and your worth isn’t measured by failure alone, but by what you do to pick yourself up after you fail.

Worst Mistake of My Career

I stated previously that I worked on an oil tanker before moving to a research vessel. I sailed with a tanker company for close to two years when I made the single worst mistake I have made in my career. My mistake was this: I kept a pump running while the supply and discharge valves were shut for about a minute.

For those who may be unaware, most pumps need some liquid moving through them to keep them cool and functional. With no liquid running through a pump it effectively overheats and then starts burning through itself.

I knew something was off and it took me less than a minute to verify that I had messed up. When I caught my mistake, the pump had ran dry long enough to cause major damage.

Full disclosure, this incident was over 6 years ago, so the details are somewhat fuzzy, but needless to say the damage resulted in the pump being out of service for a significant amount of time. This caused delays and threatened cargo operations. If you still cannot relate to the direct specifics of this story, just know that it was a colossal mistake, the type that makes your stomach drop to your toes and swell in your throat at the same time. It was a horrible feeling.

Over the next twenty four hours, I was subjected to a multitude of questions. I explained to the best of my ability what had happened, but even I did not know why I did what I did. By this point in my career, I had started and stopped pumps hundreds of times. Why did I forget to turn the pump off before I closed the supply valve? Was I distracted? How could I have done that? What if, what if, what if? I had no answer.

The next day I had to explain the timeline of the event and my actions to the CEO of the company in front of several other crew members on my ship. It was humiliating. I don’t remember much of that conversation, but I do remember starting the whole thing off in a very shaky voice, one on the verge of crying, by saying: “I made a huge mistake, and there was no excuse for my error.”

There was nothing and no one to blame. The simple fact of the matter is this: I messed up. I knew that no excuse would make this go away. I think my candid and complete honesty made everyone do a double take. I did not have an excuse, but what I did have was a little voice telling me to be truthful and own up to what I had done. I was devastated, but I was honest, and I believe that honesty saved my job.

“If my story, in all its successes and failures, can help anyone through a tough patch, then it has all been worth it.” – Max Kantor

Shortly after I returned to work after this incident, it was abundantly clear that the stress I felt to not screw up was leading me to make small mistakes all over the place. I decided, along with the company, that it was time for me to leave. I wasn’t fired per say, but I felt like such a huge failure. I was my own worst enemy, judging myself the hardest for this mistake. How would I ever work again? How could I prove myself? How could I fail so badly? I had never let anyone down like this before, and it was crippling. People tried to assure me that it was not the end of the world, but I could not hear it. I had failed, and it hurt so deeply.

Like most things in life, pain fades with time. I leaned on people who just let me be sad and angry and mad and disappointed. A friend convinced me to go to Mexico with him about a month after I had resigned. It was during this mini-vacation that I received a message from the crewing coordinator at Woods Hole Oceanographic Institution. They needed a second mate on the Research Vessel Atlantis. He had received my name through a friend who worked on another research vessel at a different university.

My initial reaction was panic. What if he asked me why I left my last job? That question never came. Instead, I was asked questions about my experience and my licensing. I got the job.

In the past, when people ask me how and why I moved from an oil tanker to a research vessel, I would abbreviate this entire story and say something close to, “I was unhappy in oil, and research sort of just fell in my lap.” There is truth in that, I was completely unhappy. It was a grind. Although the pay was great, the work environment was tense, I didn’t feel much support, and I wasn’t having much fun. To Big Oil’s defense, it is a high stakes industry; a mistake can result in an oil spill into the environment that has disastrous consequences. It is serious because it needs to be serious, but it was not the right fit for me.

I attribute my successes now to my resilience

If I had not made my huge error, I would have never resigned, and I would have never had the opportunity to have the cool job that I have now. I love ship handling, but you do not do much ship handling while working on a tanker. On research vessels, ship handling happens on practically every watch. Do I believe it was fate that took me down this path? Maybe, just a little bit. I attribute my successes now to my resilience, the resolve not to give up on myself and prove I could rise above anything.

So why am I telling you all this now, after all these years? I firmly believe that if I do anything in this world right, it is this: if my story, in all its successes and failures, can help anyone through a tough patch, then it has all been worth it.

About The Author: Max Kantor

Max Kantor works offshore as the second officer on the Research Vessel
Atlantis. Growing up with parents who worked for maritime companies in
Long Beach and Los Angeles harbor, Max was inspired to attend California Maritime Academy. She graduated in 2011 with a bachelor’s degree in Marine Transportation and currently holds an unlimited tonnage chief mate and 1600 ton master licenses. Before sailing on research vessels, Max worked aboard product and crude oil tankers. She lives in Southern California, and loves to read, snowboard, surf, and travel in her off time.

10 Reasons Why Career Hopscotch is Hazardous

Jobs for Veterans in Offshore Energy