Mark Buzby is a retired United States Navy rear admiral who is currently serving as administrator of the United States Maritime Administration (MARAD). In June 2017, President Donald Trump nominated Buzby to be the administrator, and he was confirmed to the position by the United States Senate on August 3, 2017. Prior to his appointment, Admiral Buzby served as president of the National Defense Transportation Association, a position he held since 2013 when he retired from the U.S. Navy with over 34 years of service. 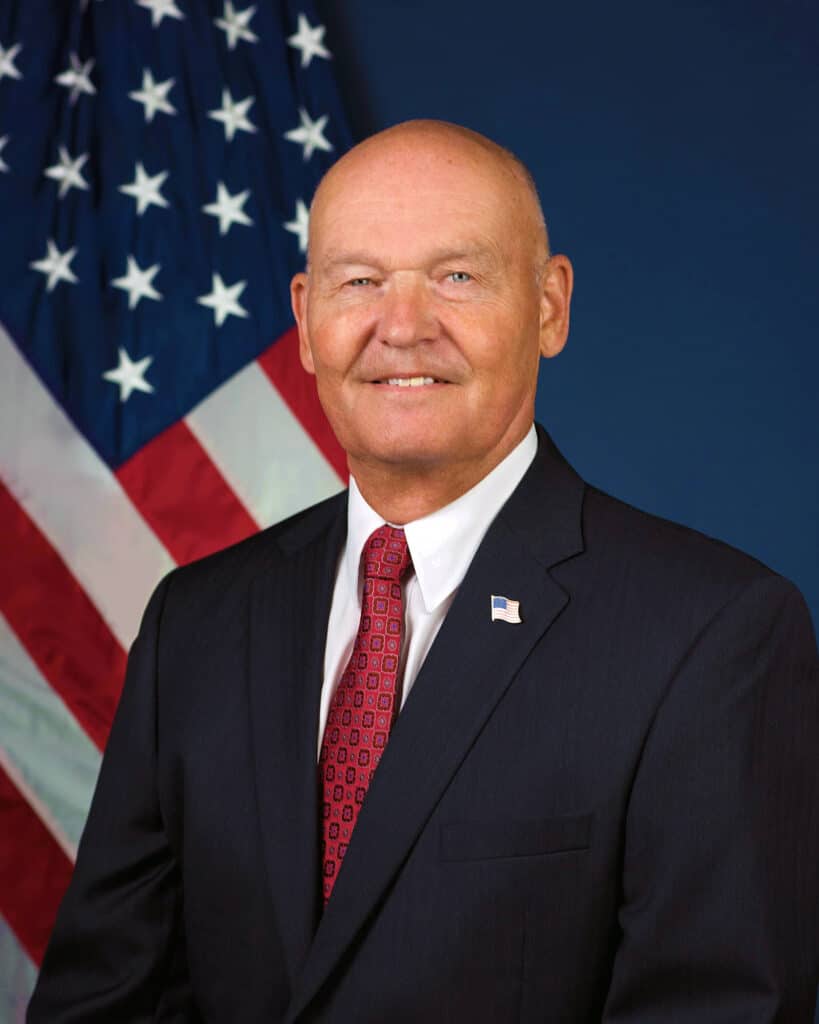 As the head of MARAD, an agency within the Department of Transportation (DOT), Admiral Buzby is responsible for promoting the development of a merchant marine sufficient to meet the needs of national defense and the domestic and foreign commerce of the United States. MARAD functions include maintenance of ships in MARAD custody; administration of subsidy programs and other financial aids to shipping; maritime research and development; and training of merchant marine officers. MARAD also assists the maritime community in the areas of ship design and construction, development of advanced transportation systems and promotion of the use of U.S. flag vessels.

A 1979 graduate of the U.S. Merchant Marine Academy (USMMA), Admiral Buzby earned his Bachelor of Science in Nautical Science and U.S. Coast Guard Third Mate License. He is a graduate of the Joint Forces Staff College and holds master’s degrees from the U.S. Naval War College and Salve Regina University in Strategic Studies and International Relations respectively.

Today on the Women Offshore Podcast, listen to Admiral Buzby answer questions from the Women Offshore Community. He talks about the state of US maritime industry, specifically the US merchant marine and shipbuilding; how the industry has responded to COVID-19; and even a sea story with a lesson learned from serving in the US Navy.

Casey the Container Inspires the Next Generation in Maritime, Episode 19

Behind the Women in Maritime Leadership Conference, Episode 18