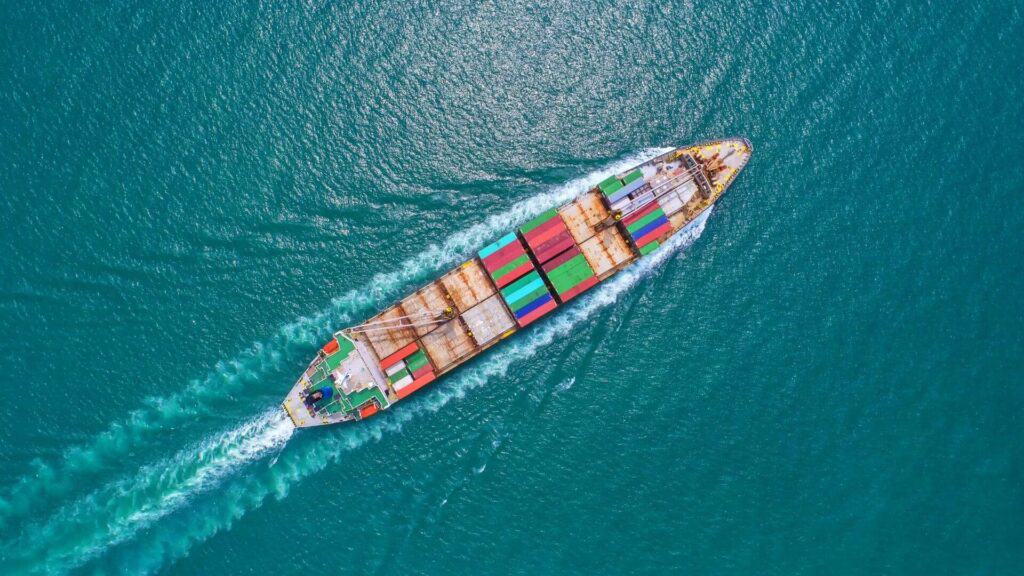 Early in my career at sea, I joined an old feeder vessel in Jordan.

I was on one of the smallest and oldest vessels in my company’s fleet. Due to its size, it traded in the Red Sea only between Jordan, Egypt and Saudi Arabia.

I was a bit nervous before joining because the view on women in this part of the world was very different from where I came from. I joined in Jordan and was surprised to meet a crew mostly consisting of Filipinos. The captain was Danish and the motorman was Indian and the remaining 20 guys were from the Philippines. I soon realized that there was an amazing atmosphere onboard, and the crew had a very strong feeling of unity.

After a week onboard, we took arrival in Jeddah, Saudi Arabia. Again, I was a bit nervous about how things would go and whether I would be able to gain respect from the authorities and the stevedores. I knew at the time that there were certain rules regarding men and women shaking hands. Women were still looked down upon as the weaker gender and lived under restrictions, such as needing male guardians to make choices.

So we arrived in Jeddah, were safely moored and the authorities came onboard. They refused to shake my hand, because of my gender. When any issues occurred or any of them had questions, they addressed my gangway watch instead of me, despite his continuous attempt to direct them to me.

During the end of my first deck watch, just before midnight, I was walking from the accommodation forward in order to check the mooring lines before handing over to my relief. A big group of stevedores (all men) were sitting on the deck, and I had to pass them in order to get forward. I passed by them, nodding my head to acknowledge them, and in the same second, someone slapped my ass.

I thought for a moment, stopped, and tried to understand what had just happened. I turned around and just stared at them as it was such an unexpected situation. No one said a word, but one of the stevedores avoided my look and looked down at his feet.

I think I lost it a bit, and I yelled at them, trying to explain how much lack of respect that action showed. I don’t exactly remember what I said, as I was in shock. I had never in my life experienced an assault like this. It is a small thing, I know, but it is unacceptable, especially because it would never have happened if I were a man.

I soon realized that none of them spoke English and therefore did not understand a word of what I said. So I turned around and continued forward, where I met my second watchman (able bodied seaman (AB)). He could immediately see that something was wrong.

At first, I did not know if I should even say something, I mean no one got hurt. However, I had a good relationship with my crew and trusted them, so I decided to tell him. He asked if I was okay and if I had said anything to our chief officer. I told him that I was okay and had not said anything since it had just happened. He nodded and went forward towards the accommodation.

I continued forward, checked the mooring lines and went back to the accommodation – walking on the opposite side of the vessel in order to avoid the big group of stevedores who were still sitting on the deck.

I went back to the gangway to speak with the gangway watch. About 5 minutes later, my entire crew showed up on deck.

At first I was a bit confused, what were they doing on deck just before midnight?

Then I found out that the AB who I spoke with earlier had woken up our chief officer and encouraged the rest of the crew to support me. The second engineer looked ready to battle and asked where he could find the guy.

At that moment, something happened for me – I felt safe.

Knowing that my crew had my back, even though I had only been onboard for a week, that was so comforting to know. I will always remember them for that. I was a young mate and still new in the industry, but I suddenly felt like I could take on the world.

In this experience, I also learned another reason for why crewmembers are so important and why you should invest in the people around you. Even when you are only going to sail together for one contract and might never see each other again, this one contract might be the one, where you need them!

Our chief officer contacted the port master, who came onboard right away. The hour that followed felt a bit odd. We found the stevedore who had slapped me. To begin with, he denied everything and said that I had misunderstood, saying that no one had slapped my ass and that he had his cap in his hand and had accidently hit me with it, when I passed them… Believe me, I know when someone slaps my ass. That was not a cap and not an accident!

We agreed to meet the next morning and continue – it was in the middle of the night there and everyone needed to sleep.

The next day, the stevedore changed his mind and apologized for his actions. He seemed very closed off and kept his head down without looking me in the eyes. The port master asked me, if I wanted them to dismiss him, because he would do so without blinking. This is where my lessons started.

I know about the conditions for the stevedores in the Saudi Arabia ports – or at least at that time. The working class in Saudi Arabia came from foreign countries. They usually worked on a one or two-year contract, without the possibility of going home and seeing their families. And in case they get dismissed during their contract, they would receive nothing!

In my heart, I could not bear to have that power and to be the one to dismiss that guy, because he made a mistake. Instead, I told the port master that the guy should keep his job, and that the
port had a responsibility to take a word with their stevedores and their employees, addressing the issue and telling everyone to respect the crew they meet onboard – no matter gender, nationality, sexuality etc. That was the only thing I demanded and he accepted it.

The rest of the port stay went smoothly. We departed the same evening, knowing that we would be back in two weeks.

When we were on our way back I felt a bit nervous again, as I could expect to meet the same people and I did not know what effect my action had on the culture, if any.

After arrival, the same group of stevedores came onboard, all very polite and greeted both the gangway watch and me. The guy from my previous encounter kept his head down and avoided me, I guess he was embarrassed.

During my evening watch, I met the stevedores on deck and went straight up to the guy that had slapped me. I gave him my hand for a handshake to show we are equals.

I forgave his actions, and I wanted to show him and the other stevedores that. He looked very nervous and maybe also a bit confused (again the rules about women shaking hands with men are different in Saudi Arabia from the rest of the World), but he shook my hand.

We had four ports on our route, and after that experience, Jeddah became my favorite port. By acknowledging him, forgiving him, and being a bigger person, I gained the respect from both him and the rest of the stevedores. I also grew as a person and took some very important lessons with me.

What I learned is that when exposed to something like what I experienced: ACT!

In a severe case, report it!

Make an official complaint, and let it be known to the company that there is an issue with a certain person. Because if you do not act, the same action could be done to someone else.

This situation also taught me that sometimes forgiveness is the right way.

People around the world have different mentalities, are raised differently, have different values, etc. That does not mean that people cannot change or that we cannot learn from each other, because we can! Sometimes the one being offended is also the one who has to reach out to the offender, simply because the offender didn’t know better or could be afraid.

One person might not be able to change the entire world, but if we all ACT – we can!

About The Author: Camilla Westergaard