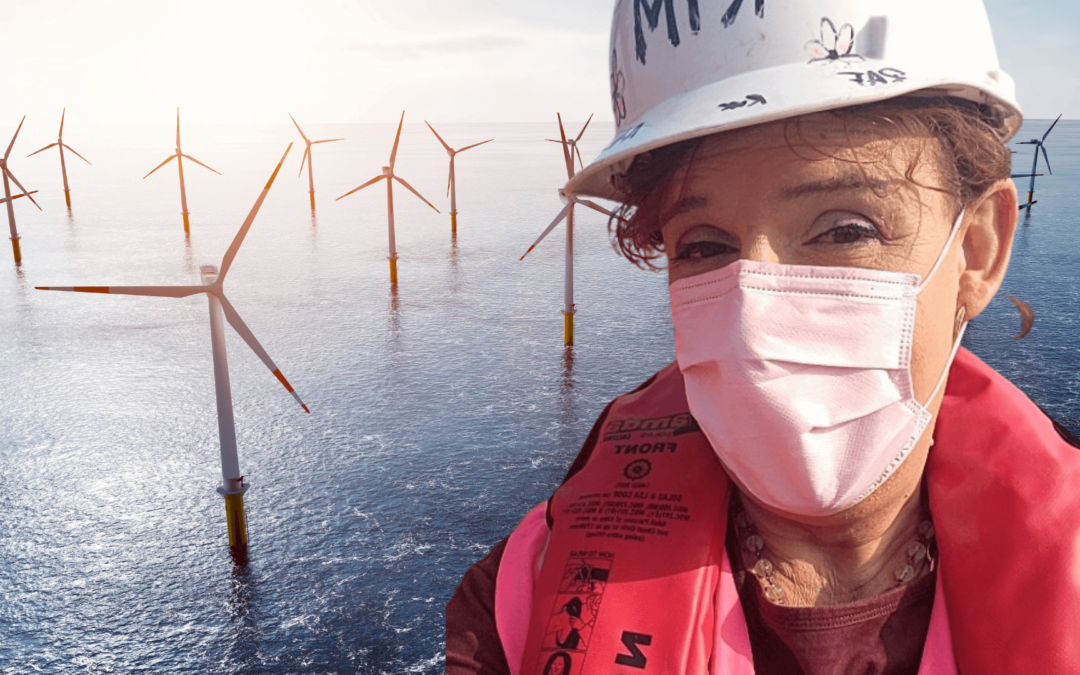 When I think about Kim Asher the first word that comes to mind is advocate. Before I explain why, I would like to take some time to introduce you to this amazing woman. This will be a two-part blog series.

Kim has worked in the offshore industry for 12 years now. Before her venture into the offshore realm her she had some exciting other career paths. “I did various forms of advanced data modelling, cybernetics and pattern recognition algorithms for a variety of blue chip and government clients,” Kim explained.

As exciting as her field was, in 2008 Kim wanted a change. Having grown up on the coast with a family history steeped with Navy sailors and even a few members of the Women’s Royal Navy in World War 2, she set her sights on a Master of Science in Hydrography. She completed her MSc and the rest is history. “Since then, I have done around 2,600 days offshore on a variety of vessels, but mainly in heavy construction and split evenly between renewables and oil. I have never looked back,” Kim said.

Today, and for the last 11 months, Kim is a site manager in Taiwan. Her experiences in Taiwan have endeared the people, the culture, and land to Kim, “I love the country, even to the point where I am considering living here.” Her job is not an easy one however, and challenges around the Corona Virus have set numerous, varying obstacles in her path. She manages load outs at port; at the same time, she strives to make the lives of those around her better. Her philosophy is simple, “look after your people and they will look after the work.”

With several hundred sailors depending on her to keep things running smoothly she does not take her duties lightly, “I am committed to not letting them down” she told me. Describing how she keeps everyone happy and healthy she noted the importance of basic items like fresh food, tooling, and general supplies, but also stressed another vital role, aiding in emergency situations. Committed to keeping everyone safe, she does “whatever is needed anytime, day or night.”

Kim has tackled a multitude of challenges in her time in the offshore industry. When asked about lessons learned so far, she stated simply, “A ship is a small place for a problem to erupt.” Diving into that she said, “The best run ships I have ever seen were the calmest. People just getting on with their business. The worst run ships are those where egos, loud voices, and micro-managing get in the way.” Introspectively she added, “You have to learn to handle things inside yourself as they appear, and you have to learn to work with others the same way. I gained a lot from this lesson.” While life offshore can be difficult, it is clear Kim goes out of her way to create a better workspace for herself and those around her.

Kim is an advocate. She is an artist, a cook, a photographer, a scientist, aspiring yogi, a woman offshore – I could write a book about Kim. During our interview she even shared a few of her hand-crafted recipes for Saffron and Tarragon Seafood Casserole, North African Lamb Risotto, and Old-Fashioned Ice Cream; all of which I’m dying to try my hand at creating. Kim is also one of the few transwomen in the offshore sector globally. Her path has not always been an easy one.

Since 2014 I have worked as an offshore mudlogger, drilling data analyst, and I am currently an operations advisor. I passionately support careers of women working on the water.