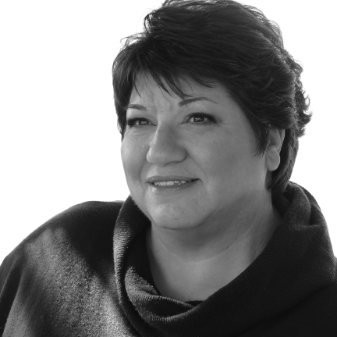 Meet Tuuli Messer-Bookman, who believes you make your life happen. “You craft and create the life you want by your choices and decisions at life’s buffet.”

Tuuli is originally from Sausalito, CA, where she grew up on a wooden sailboat. She lived aboard boats in Hawaii and Alaska with her family until she went to the US Merchant Marine Academy in the early 1980s. She learned that as an Academy graduate, she was well trained but poorly educated.

After graduating from Kings Point in 1986, she worked ashore for Shell Oil, which was a bad fit for her. She was the only woman on the entire floor who wasn’t a secretary. Her love of the sea was calling her, so she quit a year later and joined the AMO union (it was called District 2 back then).

Her first job was as an AB on a jet fuel tanker in the South China Sea, and then 3rd Mate on the same ship – it was a nightmare – every job after that was easy.  After several years of shipping out, she had pretty much been all over the world on tankers, RO/ROs, container ships, car carriers, and even a spy ship. Frankly, she was lonely and bored. Tuuli realized she was just trading blocks of time for cash and needed more intellectual stimulation. She could not have a meaningful romantic relationship, a pet, a plant, or a newspaper subscription. Tuuli quit shipping and went to law school.

She would ship out during summers to make money, but she had a wonderful time in law school. She chose the University of San Francisco School of Law because they had the only maritime law program other than Tulane. She loved the process, the diversity of ideas and surrounded by intelligent, articulate people, and the chance to do a maritime law internship. That internship convinced her she did not want to make a living practicing law.

Shortly after graduating from law school, she got a phone call from the California Maritime Academy asking if she would be interested in a quick 30-day relief on the training ship as a watch officer. She jumped on it as she needed the money. Well, she had such a grand time she ended up staying at Cal Maritime and retired from there in 2018 as a fully tenured full professor with 23 years of teaching experience.  She mainly taught all aspects of navigation, US Coast Guard license prep subjects, and watchstanding simulation, where she did assessments.

Being a full-time faculty member allowed her all the perks and privileges of academia as well as sea time on a training ship. Tuuli has published three maritime books, was a contributing author to the new Bowditch, and has had many other fabulous opportunities. Tuuli has been able to pursue all sorts of intellectual endeavors and has allowed her to have meaningful relationships, a pet or two, a plant, a newspaper subscription, participate in a great marriage, and raise a stepdaughter.

Tuuli earned her Unlimited Master’s License in 1997 and has sailed over 300,000 miles at sea as a ship’s officer. She is retired now and living in Washington State with her husband. She continues teaching as a contract instructor for MITAGS in Seattle and limited license candidates at Compass Courses. Her law degree and license have opened many doors for consulting and maritime expert witness work. And to date, she has worked on over 100 cases, each one fascinating.

Anyway, she continues to have a great and enriched life thanks to the combination of education and seagoing experience. Tuuli highly recommends getting as much education as you can. It’s always good to earn a living from the neck up if you choose to, or life’s circumstances require you to.

Tuuli joined the mentorship program so she could continue to be a resource for young mariners. As a maritime academy faculty, she was an academic advisor, but those student relationships often blossomed into longer-term and professional connections as students stayed in touch after graduation.  She is still in touch with many of her past students. She offers herself as a resource and sounding board to other mariners, not just her ex-students.

As with any human relationship, not every mentor/mentee relationship is a good fit. It’s always great to connect with another mariner on multiple levels, but sometimes that doesn’t happen, and things feel a bit forced, and that’s OK. It doesn’t mean anyone is bad or has done anything wrong. It’s just that people are diverse and have different values and needs. When it does click, and there’s an organic connection, it’s a fabulous feeling, and the relationship will likely continue in some fashion for decades.

As a mentor, Tuuli has always been relatively informal, letting the mentee decide how often to connect, and then she tries to be responsive to their needs. She basically sees herself as a resource a new mariner can ask questions to or get advice. It never bothers her if the advice isn’t taken or her idea isn’t considered worthy. She just puts it on the platter for consideration.  It’s incredibly satisfying, though, when someone comes back and says, “I did as you recommended, and it worked!”

She would genuinely encourage others to consider being a mentor or a mentee. There is no downside to the exposure and experience. And if it’s not a great match, ask for a different mentor! No judgments! It is a resource that was unavailable when she was a cadet in the 1980s.  A lot has changed, of course, but the industry is centuries old, and like any big ship, it takes a long time to change and adapt. Being female at sea is not as novel as it was in her day. And there are many more protections than there were a decade ago, but it is still not without friction and being any sort of minority on a ship is always a bit awkward. Tuuli believes that if she can offer ideas on handling sticky situations or share how she crafted her life to get the lifestyle she wanted, it is helpful to the new mariner and very rewarding for Tuuli as a mentor.  It’s always best to learn from other people’s mistakes when one can! A mentor can offer different perspectives and ideas for the mentee’s consideration.

About The Author: Martha Music

Martha Music is passionate about supporting women who work on the water and an avid boater. She is an experienced treasurer for nonprofits, and serves as the treasurer of the Women Offshore Foundation.

The ‘Secret’ to Mentoring with Captain Jessie Shifalo

WHAT IF WE DON’T EVEN GET ALONG?! #mymaritimementor