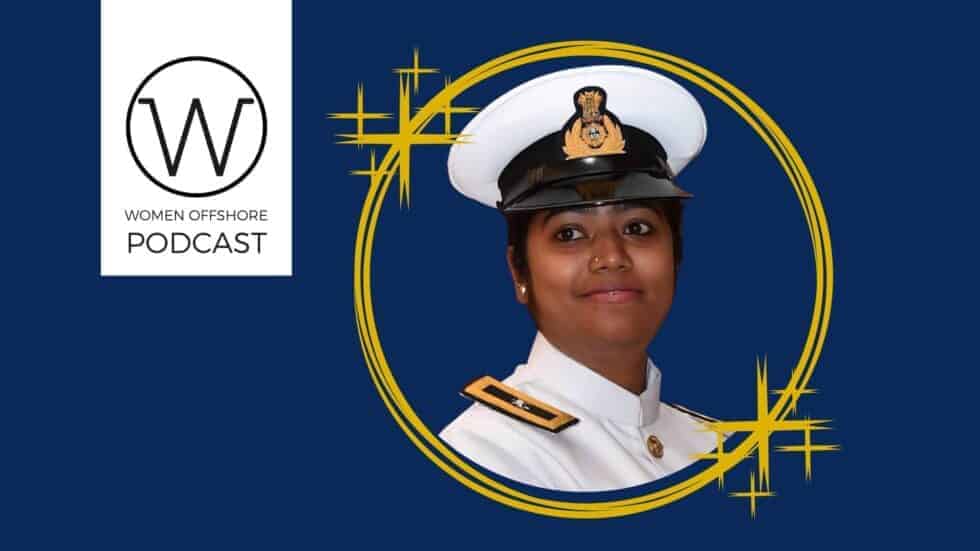 Meet Reshma Nilofer, a maritime pilot at Syama Prasad Mookherjee Port (formerly known as the Kolkata Port Trust). She is India’s first and only female maritime pilot. Reshma is a graduate of the Birla Institute of Technology, where she studied marine technology and engineering. She joined the Syama Prasad Mookherjee Port as a pilot trainee in 2011, and she earned her pilot role a few years ago.

As a maritime pilot, Reshma is at the pinnacle of the industry. She is a navigational expert and pilots in one of the most challenging areas of the world, the Hooghly River. It is a 221 kilometer (137 mile) river known for its tidal bores, numerous sandbars, and sharp bends. Reshma does not shy away from challenges and thrives in her work, calling it “one of the most satisfying jobs in the universe.”

Today on the Women Offshore Podcast, hear from Reshma as she shares her experience as a maritime pilot and how she has overcome and manages challenges in her career, including the dangers of climbing pilot ladders.

About The Author: Savannah Wilson

I’m Executive Producer at Oil and Gas Global Network! I publish podcast episodes for about 15 podcasts within our network, including the top two Oil and Gas Podcasts in the world.

Raising the Profile of Women on the Water, Episode 42