Generally speaking, I am not a ‘bra-burny’ type of woman.  I don’t see gender.  I see people.  I don’t see race.  I see humans.  In reality, I’m not a great feminist – if at all.  (Maybe that makes me a great feminist, in that I’m not out to provoke or ‘bigger-better-best’ anyone – I’m not sure.)  Personally, I find it hard to identify as a feminist/gender diversity champion/whatever you want to call it, because I live my life by simple rules:

(Spoiler alert:  Most people live their lives by these same standards, as well.)

There has not been one, single rig, platform, boat, oil/gas lease site, or any other male-dominated environment, that I have stepped foot on, where I left feeling like I was looked down upon or segregated because of my gender.  Sure, they may be a little stand-offish in the beginning, but that’s because people, generally, aren’t great with change.  Such as the type of change an industry/work environment where the level of the standard of decorum was not previously required to be any more elevated than a baseline.  Or, at the very basic level, the fact that I was a new face in the work environment – nothing more, nothing less.

I work in an industry whose progress is now attributed to advancements in technology, as opposed to its original growth catalyst that was predominantly due to pure, brute strength.  Due to the need for STEM-related advancements and their applications in the technology, used in the oil and gas sector, the energy industry as a whole, is needing more brain than brawn.  Thus, hundreds of thousands – millions, even – of bright, young women now have their proverbial foot in the door, to contribute as a problem-solving academic, rather than fighting their way into a world of muscle and might.

#IDid Get An Education

When I first set out to write a piece on the latest social media hashtag, #MeToo, I had planned on following up the initial article by highlighting a dear friend and offshore colleague about his #IDid response to the movement.  In his social media status, he apologized for having had unhealthy views towards sex and sexual rapports (both physically and idealogically), including how he wanted to set as good an example as he could, to his young nieces and nephews.

Not 48 hours later, I found myself in (an initially, surficial and jovial) light conversation with a man who, after having had just mentioned the #MeToo article I had just written, squared up and dropped a bombshell on me.  He had been a victim of sexual harassment.  I’ll admit that I was stunned into silence by the vulnerability and openness of his admission.  He hadn’t said sexual abuse.  He’d said sexual harassment.  In his early twenties, he had been aggressively pursued by a female employee.  At his insistence that her behaviour was completely inappropriate and unwelcomed, she turned the tables back to her advantage, misconstrued the situation to imply sexual misconduct on his part and, in spite, got him fired for sexual harassment.

The Psychology of #MeToo’s Double Standard

How many times have you seen a woman make a lewd comment or gesture in the workplace?  Was it witnessed by a male?  What if he had made the exact same comment or gesture and it had been witnessed by a female colleague?  A male office worker flirting with the female secretary vs. an attractive female colleague flirting with the male manager – who is sleazier in that situation?  A woman getting groped in a bar vs. a man getting groped in a bar – which one considers themselves lucky?  Violated?

Now, be honest with yourself…

I’ll hazard a guess that your initial thoughts to reading that paragraph, was that those actions would never fly for the male in those situations, right?? 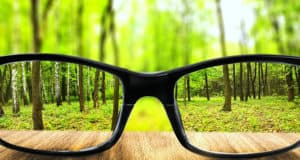 Seeing The Forest for the Trees

During a recent hitch, a very sweet, female voice sang over the rig-wide public announcement system in search of another male colleague to call her back.  While up in the company offices, a chorus of male voices chimed out in unison as a few mimicked running towards the woman’s office, “What was that number?!  Yeah, I can pretend to be that guy for a phone call!”

I wonder how many readers will have had an initial gut reaction of disgust after having just read those lines?  How many would have chalked it up to a humourous response, maybe even an indirect compliment to an uncommonly pleasant voice on an otherwise very gruff-sounding rig.  Now, I’m sure as hell not dead from the neck up – or the neck down, as the case may be.  I have boldly stated to a man with an uncommonly deep, crooning voice whom I had recently met, that he could sell salt to a slug with his enticing vocal timbre.  Much the same scenario as the story of the woman’s voice over the PA system, yet, which of us infringed more on ‘that’ line?

There have certainly been many arguments and comments made on how easily offended society now seems to come across.  Personal boundaries have become amplified into collective boundaries with the aid of social media platforms, and their ability to give those lines in the sand a much more powerful effect.  Unfortunately, sometimes in the form of public shaming vs. public awareness.  It is this line that needs to be toed extremely carefully.  As important and as powerful as our movements based on our boundaries have now become with such platforms, it is equally important to not choose every battle to weigh in on.  Lest we risk losing the efficacy of our voices to be heard and effect meaningful change.

Lest we lose our ability to see the forest for the trees.

This campaign started long before hashtags were around.  In 1997, Tarana Burke gave a name to her movement within Just Be Inc., her nonprofit organization aimed at helping victims of sexual harassment and assault:  Me Too.  Social media outlets are breathing new life into these decades-old battles of oppression and abuse.  The faces of they systemically oppressed are stepping out of the shadows and giving a level of deep, personal connection to sexual harassment and abuse, that may not have ever been achieved.

Stay the course.  Set boundaries.  Effectuate the change for all victims.  And, above all, be wise about picking those battles to ensure that none become the next double standard #WitchHunt.