Let’s Talk About Self Confidence 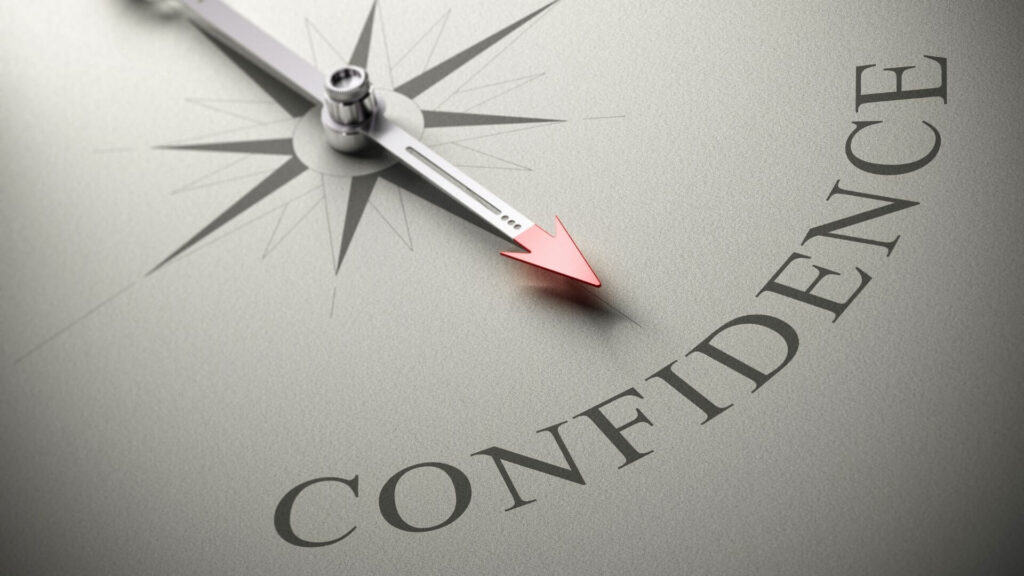 Let’s talk about self confidence to achieve your goals.

Think of your life as the vessel, and you have “the conn,” meaning you are in control of your vessel. What you’re not in control of are the adverse effects on the vessel; winds, currents, shallow depths, etc. You can not change those outside forces acting upon you, but you can change what you do with the vessel to get the same desired outcome.

Achieving your career dreams is a lot like maneuvering a vessel. It might not always be a straight line to achieve your goals. You may get set off course, even losing speed while pursuing your career goals.

Sometimes all you need to do is slightly change direction to put you back on your desired track line. In some instances in life, you may have to slow down a little, take a step back, enjoy the ride and trust the process, or you may have to kick it ahead a little and put in some extra work to get to your destination.

I have never felt more self confident then when I am maneuvering a 700-foot long articulated tug and barge (ATB). It’s my passion.

I started off my career sailing in the International Organization of Master Mates and Pilot (MM&P) as a third mate on a container ship. If you don’t know how MM&P works, once your sailing contract is up, you don’t go back to that same ship again unless somehow you get the contract again which is normally slim to none.

After my 120-day rotary contract was up, I took my required allotted vacation and went back into the hall to search for my next job. I hated this part, as it was so nerve wracking not knowing if I was going to get a job that day since it was dependent on who was present with the highest card in the hall. The experience just wasn’t for me. I knew I had to figure out something else.

Long story short, a month later I accepted an able bodied seaman (AB) job sailing in the SIU Union on the Crowley Ocean Class Tugs to get my foot in the door and work on getting my Towing Operator Assessment Records (TOAR), a certificate deck officers have to have to stand a watch on a towing vessel, whether towing astern or pushing ahead. From there, I transferred to the ATB Division of Crowley as a utility, which is the lowest position on the boat, the equivalent of an ordinary seaman on a deep sea vessel.

Not only did I take a huge pay cut, I also took a huge confidence cut. I started hearing a lot of negative things about my decisions through the grapevine. “She is sailing utility, not even on her license.” “She should have stayed with MM&P.” “What a downgrade, I would never sail as utility.”

There were a lot of nights when I was cleaning on my hands and knees in my respective spaces I was in charge of, and I would ask myself. “Did I make the right decision?” “Should I have stayed with MM&P?”

One night I was cleaning the bosun’s locker on the tug. I had the shop vac out, and I was vacuuming around the bolts holding down a hatch. I am not sure if it was out of boredom, but there I was, vacuuming a hatch. At that moment, the Captain came out of the gym and saw me. He stopped and said, “we have got to get your talents, dedication and license used in a better way than this.”

On the very next trip, I was sailing as a third mate on the same vessel. I remember heading into Houston bound for anchor. The captain came up on arrival and I still had the conn. He said to me, “you ever anchored a boat before?”

Since I was new, I thought he was referring to actually dropping the hook out on the bow, calling out how many shots have gone out and which way the chain is leading, so I said, “yes.” The conversation went on. He gave me pointers about this particular vessel and how you need to slow down a lot more and make a hard turn almost 180 degrees to get the most speed off of her. I quickly realized he was talking about me actually maneuvering the vessel to anchor her. I got a little nervous, yet I ended up doing the whole anchoring process, which went really well.

Suddenly, all of my sacrifices and the negative comments from colleagues were completely erased because I knew I would have never had that opportunity to actually anchor the vessel on my own so soon into my previous career track.

From then on, I started doing more maneuvering: picking up pilots, undocking and docking with pilots, pinning in the tug to the barge, and anchoring. My confidence was on a whole new level actually being able to maneuver the boat myself.

Two and a half years later, I am sailing as chief mate. I would not be in the place I am today if it was not for that decision to take a step back in my career and sail as an AB.

At the end of the day, you have to remember that you are your own biggest supporter and hardest critic. If you don’t truly believe you can accomplish your dreams, nobody else can instill that confidence in you.

Find your passion and point your bow towards your desired destination. Do not stop until you achieve your goals and beyond. Ask yourself today, are you going to let your vessel be controlled like a current setting you down onto a channel buoy or are you going to take the sticks and maneuver it?

About The Author: Coronado Hickman

Coronado Hickman graduated from Maine Maritime Academy in 2016 with a Bachelor of Science in Marine Transportation Operations. She currently sails as Chief Mate for Crowley Petroleum Services on one of their 650 class Articulate Tug Barges (ATB), the ATB Pride/Barge 650-7. Since Coronado graduated from the Academy, she has also sailed deep sea on a container ship and the Crowley Ocean Class DP wire tugs, working her way up from a Utility to Chief Mate.